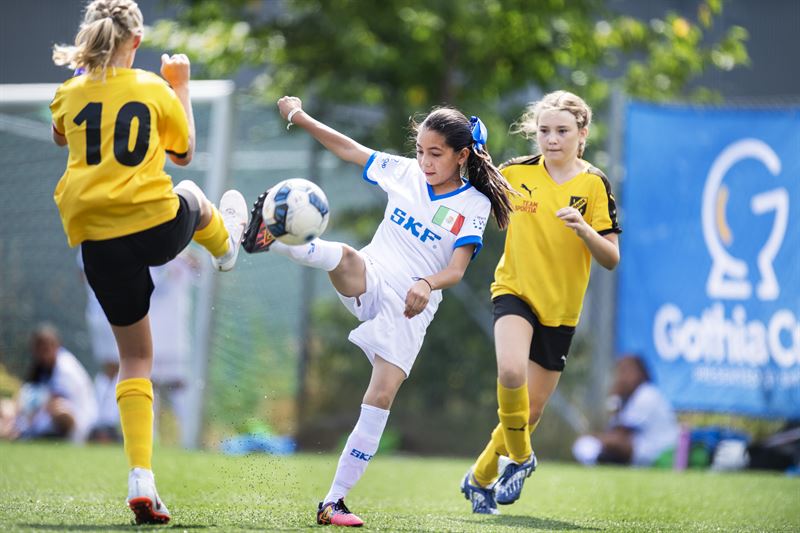 Gothenburg, 12 July 2019: SKF has extended its sponsorship of Gothia Cup. SKF will continue as main partner for the world’s largest youth football tournament, which takes place every summer in Gothenburg.

SKF has been involved with Gothia Cup since 2006, becoming main partner in 2007. The new sponsorship agreement means SKF will continue as main partner until 2022.

Alrik Danielson, President and CEO, says: “Gothia Cup is one of the world’s largest sporting events and a great way for use to showcase our support for young people and the city of Gothenburg. We will continue to invest in this great event over the next three years and look forward to welcoming youngsters to Sweden.”

Dennis Andersson, General Secretary of Gothia Cup, says: “SKF contributes with their genuine support which adds in spreading the Gothia Cup spirit about joyfulness and equality around the world in general, and in creating the world’s largest meeting place for youth in particular through the SKF Meet the World tournaments. We look forward to spending another three years together with SKF as our main partner.”

This year’s Gothia Cup will take place from 14–20 July.

SKF is a leading global supplier of bearings, seals, mechatronics, lubrication systems, and services which include technical support, maintenance and reliability services, engineering consulting and training. SKF is represented in more than 130 countries and has around 17,000 distributor locations worldwide. Annual sales in 2018 were SEK 85 713 million and the number of employees was 44 428. www.skf.com