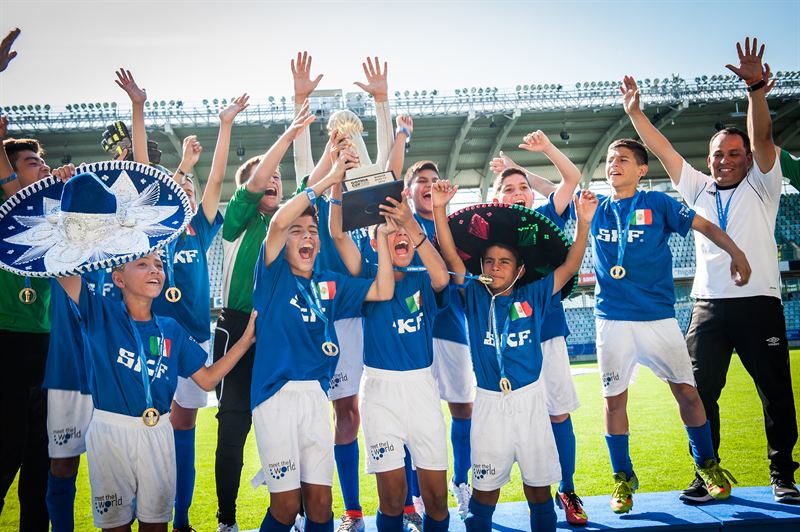 Gothenburg, Sweden, 13 March, 2017: SKF will continue in its role as main partner to the Gothia Cup, the world’s largest youth football tournament. In addition, SKF will continue to run the ”Meet The World” qualifying tournaments held in around 25 countries globally.

Following a ten-year partnership, SKF has extended its sponsorship agreement with Gothia Cup for a further three years, covering the tournaments to be held during 2017-2019.

“Gothia Cup is our largest corporate sponsorship initiative and we are incredibly proud to continue our relationship over the next three years. Gothia Cup represents teamwork, responsibility, equal opportunities and a commitment to the world’s youth. Through this partnership and our “Meet the World” tournaments, SKF and our staff around the world will continue to provide help and support the development of young people’s interests in football. Brining these youngsters together in our beautiful home city of Gothenburg is also fantastic to be involved in,” says Alrik Danielson, SKF President and CEO.

In 2007, when SKF became main partner to Gothia Cup, the company initiated the Meet the World tournaments, to give even more kids from a variety of different backgrounds the opportunity to play football and to come to Gothenburg to compete with teams from 80 countries. The tournaments are part of SKF Care, where SKF employees give back to their communities by organizing the tournaments. They take place from March–June and has proven to be a very successful and gratifying project.

“It’s the teams and participants from around the world that make the Gothia Cup a unique meeting place for the world’s youth, irrespective of religion, skin color or nationality, with football as the common denominator. The partnership with SKF gives us a secure financial base, to ensure that we can continue to provide young people throughout the world a meeting point and a positive experience”, says Dennis Andersson, General Secretary for the Gothia Cup.

This year more than 40 000 boys and girls from 80 countries are expected to come to Gothenburg from 16 to 22 July, to compete in the Gothia Cup. From its start in 1975, the Gothia Cup has had around 1,1 million participants from 143 countries.

About Meet the World
SKF has been organizing its local Meet the World tournaments around the world since 2007. The idea is to give more young people, irrespective of their culture, gender, religion or colour, the opportunity to travel to Gothenburg, to take part in the Gothia Cup and meet young people from other countries.

SKF has a presence in all countries where the local tournaments take place, and so far 195 Meet the World tournaments have been held in 41 countries involving around 24,000 participants. 3000 young people have been to Gothenburg as members of winning teams to compete in the summer events.