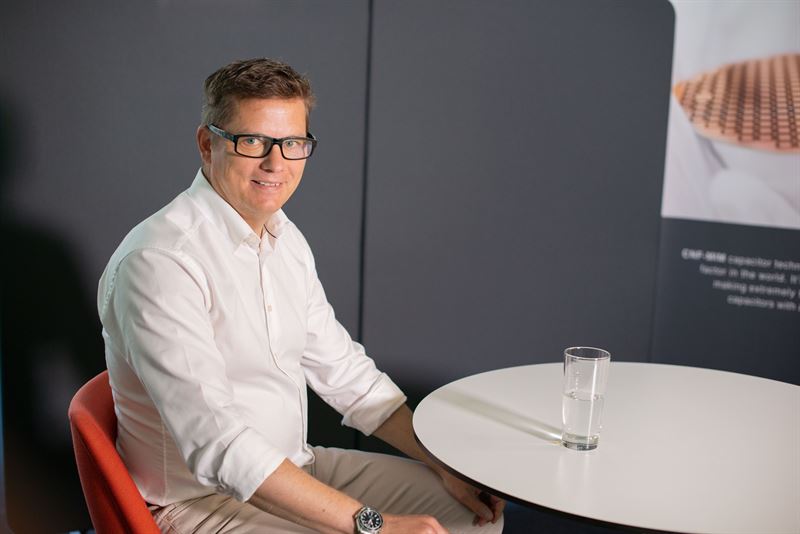 Smoltek announces that Ola Tiverman will take on a new role as President of the wholly owned subsidiary Smoltek Semi AB, a business area company entirely focused on licensing technology concepts to the semiconductor and electronics industry.
This press release is an English version of the previously published Swedish version.

Smoltek Semi AB was established in January 2019, with the aim of utilising the subsidiary as a contractual party vis-à-vis external licensees through sublicensing of Smoltek AB's patent portfolio and know-how.

As a result of the expansion and streamlining of Smoltek Nanotech Holding AB's group structure that was communicated during the summer, Smoltek Semi AB will become a dedicated business area company with responsibility for its own result. The assignment is aimed at the semiconductor and electronics industry, with Ola Tiverman in charge of the company.

“This is a step in ensuring the breakthrough of CNF-MIM and other applications aimed at the semiconductor and electronics industry,” explains Ola Tiverman, CRO and the new President of Smoltek Semi AB.

“The change in our group structure will facilitate a clearer resource allocation and more efficient follow-up processes. Smoltek Semi AB’s assignment will be even more specific as the subsidiary becomes a staffed business area company with responsibility for its own result,” says Smoltek's CEO Anders Johansson.

The company structure with a sublicensing business area company also offers a degree of protection for the Group's patent portfolio, with the subsidiary acting as a “check valve” so that the patent portfolio is only indirectly exposed to the respective licensees.

The company protects its unique technology through an extensive and growing IP-portfolio, consisting of about 100 applied patents, of which 61 are currently granted.

Smoltek's applications are today mainly focused on the market segment for ”advanced packaging”, which is expected to grow at an average annual growth rate (CAGR) of 8.0 percent during the period 2018-2024 and achieve a market value of USD 43.6 billion in 2024 (source: Yole Développement Market research).

Smoltek's share is listed on the Spotlight Stock Market in Stockholm, Sweden with the ticker symbol: SMOL.