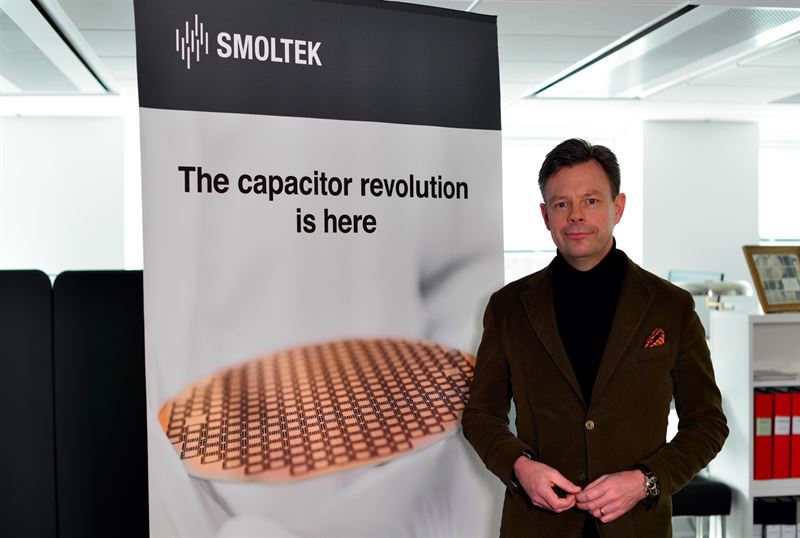 This press release is an English version of the previously published Swedish version.

Smoltek announces that the company has signed an evaluation agreement with one of the world’s largest capacitor manufacturers. The agreement concerns an evaluation license where Smoltek's patented carbon nanofiber-based CNF-MIM technology is to be evaluated in a joint project. The agreement is intended to lead to a production license agreement in the next step. The order value for this first step amounts to approximately SEK 1 million.

The agreement will be valid until August 2020, with the possibility to extension. During this time, the leading capacitor manufacturer will evaluate Smoltek’s CNF-MIM technology from both a technical and commercial perspective with the ambition to sign a production license agreement as a next step.

“This is the first license agreement that we have signed for our CNF-MIM technology, making it an important milestone for Smoltek. Both parties understand that our technology has great potential in the market for miniaturized high-performing capacitors,” says Smoltek’s CEO Anders Johansson.

During the autumn of 2019, Smoltek was able to demonstrate that the company’s CNF-MIM technology is competitive from an industrial perspective as it offers improved performance while using just a fraction of the space needed for conventional capacitors.

The company protects its technology through an extensive and growing IP-portfolio, consisting of about 100 applied patents, of which 56 are currently granted.
The market segment in which Smoltek is primarily active is referred to as "advanced packaging" and is expected to grow at an average annual growth rate (CAGR) of 8.0 percent during the period 2018-2024 and achieve a market value of USD 43.6 billion in 2024 (source: Market research firm Yole Développement).