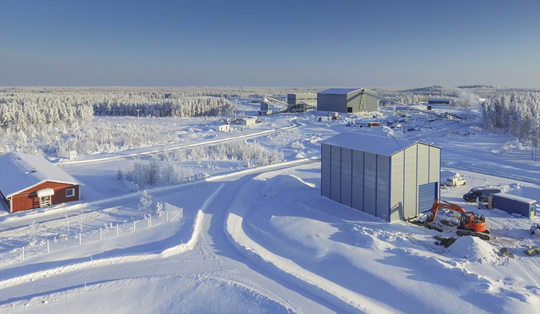 Comparative figures refer to the corresponding period of the previous year.

Silver is a “green” metal, and its industrial use accounts for about 60% of demand. Demand for electric cars and vehicles is expected to grow significantly. The demand for silver in the automotive industry is about 1,610 tonnes, equivalent to 10% of industrial use or 5% of total consumption. In 2018, silver use in hybrid vehicles and battery-powered vehicles alone was estimated at 123 tonnes, but demand is expected to be doubled by 2020 and to reach 450 tonnes by 2025. Silver demand for internal combustion engine cars is estimated to grow from the current 1,490 tonnes to 2,350 tonnes by 2040. The total demand for the automotive industry is expected to be around 4,500 tonnes in 2040, half of which will come from electric cars. (Alchemist Issue 90 / LBMA Thomson Reuters (2018) report)

Similarly, the Silver Institute (2018) estimates that silver demand for green technology is about 4,300 tonnes in 2030, of which about 50% is in the automotive industry.

I believe that silver demand will grow faster than the current market, thanks to the need for green technology. The growth of the silver demand should have a positive impact on the price of silver in the future.

The opening ceremony of the Silver Mine took place on 27th March 2019. Currently both production lines are in use, and the deliveries to the smelters are growing as planned. The goal is to concentrate ore with 450,000 tonnes annual capacity.

The cash flow of the Silver Mine is running, and the metal contents in concentrates have been high since the beginning of production. The flotation process has worked as expected. We believe that the production start-up and optimization of the concentrating process will be completed by the end of summer.

The Group has strengthened its cash position with a financing package consisting of a directed share issue and convertible bond in May as to cover the investments and start-up costs originating from the production start of the Silver Mine. Strengthening the company's cash resources will facilitate the smooth ramp-up of production. This is important for the positive development of the company's operations.

I am therefore pleased that the financial package was welcomed in the financial markets and was subscribed as planned. The size of the package is in line with the goal and fully subscribed by professional investors. The financing package was constructed to minimize the dilutive effect of its shareholding of the shareholders.

SIGNIFICANT EVENTS DURING THE FIRST QUARTER 2019

The company invested in a mechanical water treatment plant at the Silver Mine as part of a four-stage water treatment process. This is part of the mine's investment in the BAT technology (BAT = Best Available Technology).

The processes in the mechanical treatment plant, after chemical conditioning, are lamella sedimentation and sand filtration. In addition to these steps, the water treatment process includes the already existing clarification ponds and surface drainage fields. Besides solids, also water-soluble impurities are also removed from the water. The plant has been constructed and will be operated by Hyxo Oy. Sanitary wastewater is treated in a biochemical treatment plant at the mine site.

Silver Mine concentrate production begun in late March. The goal is to concentrate ore with 450,000 tonnes annual capacity.

Finnish Prime Minister Juha Sipilä visited the opening ceremony. He gave an interesting and encouraging speech while celebrating the start of the concentrate production at the Silver Mine.

On-site there were more than 240 guests and Sotkamo Silver's friends.

SIGNIFICANT EVENTS AFTER THE REPORTING PERIOD

Sotkamo Silver will publish economic information on the following dates:

The financial reports are available at the Company webpage:
http://www.silver.fi/sivu/en/finansiella_rapporter/

This report has not been subject to review by the Company's auditors.

This information is information that Sotkamo Silver AB is obliged to make public pursuant to the Securities Markets Act. The information was submitted for publication, through the agency of the contact persons set out above on May 14, 2019, at 8.45 CET.

The official Stock Exchange Releases are given in Swedish and there may be differences in the translated versions.

Sotkamo Silver AB´s business concept is to exploit mineral deposits in the Nordic countries with positive social and environmental benefits. Sotkamo Silver owns mineral deposits, which contain silver, gold and tungsten in Finland and Sweden as well as zinc and gold in Norway. The Company’s main development project is the Silver Mine project in the municipality of Sotkamo.

The ticker symbol is SOSI in NGM Equity in Stockholm and SOSI1 in NASDAQ Helsinki.

The Company's press releases and financial reports are distributed via Cision Sverige and are available on www.silver.fi