Bridging the innovation gap: from necessity to invention 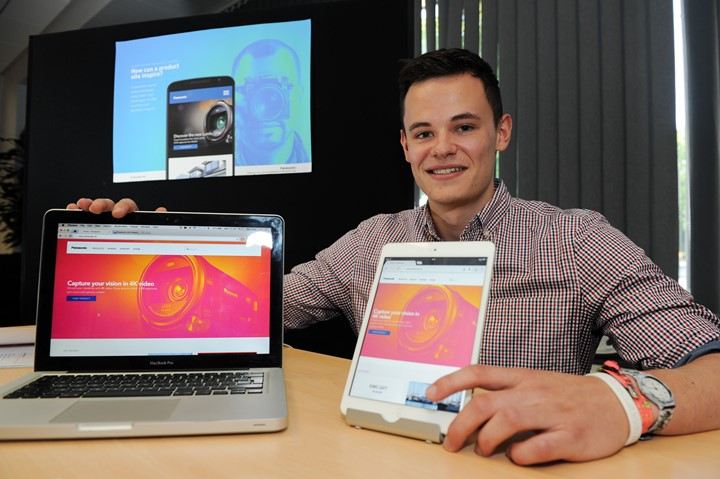 The Wessex Round Table of Inventors (WRTI) were invited to judge final-year students’ work on the commercial, technical and innovative value of their final major projects at the annual Technology and Innovation awards.

They were joined by industry guests - including Rolls Royce Motor Cars Ltd, IPS Associates and Abraham Associates Ltd - as well as friends and families of students at the awards evening at Southampton Solent University’s conference centre on Wednesday 10 June.

Four students were honoured for their impressive final-year projects and received cash prizes donated by the WRTI and the University’s Employability and Enterprise service.

Justin Woodley was awarded the Geoff Thomson Memorial Award for engineering  for his electric gun, a system that can accelerate a thin metal plate of inert material to velocities in excess of five kilometres per second, using a high power electric pulse. The judges were impressed by Justin’s depth of understanding for some very advanced engineering.

Alex Pate was presented with the award for computing for his web project which involved designing and developing a responsive prototype website using modern web technologies to imagine a better Panasonic global site. The judges were impressed by Alex’s research and novel search mechanism.

BSc (Hons) Manufacturing and Mechanical Engineering student John Baker was highly commended for the development of a new rack height jig that is saving the company he works for £15,000 a year; and Claire Hamilton was named runner-up in the computing category for her online, responsive fashion magazine that highlights global issues and gender equality.

Richard Little, Chairman of the WRTI praised the exceptional standard of all of the work on display and said: “The projects on display here today, and the thought processes, commercial analysis and engineering that’s gone into them are examples of the application of skills that are vital in the subsequent stages of the innovation process.”

He went on to say: “What has been learned and practiced at Solent will be invaluable in developing good engineering careers in innovation, product development and engineering.”

During her inspirational keynote speech Jan Ward, CEO and founder of Corrotherm International Ltd, gave the graduating students advice on marketing their innovations and using the knowledge gained at university in the workplace.

On preparing themselves for their future careers she reminded the students of a famous quote from Sir Winston Churchill: “Success is not final, failure is not fatal: it is the courage to continue that counts.” 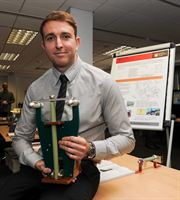