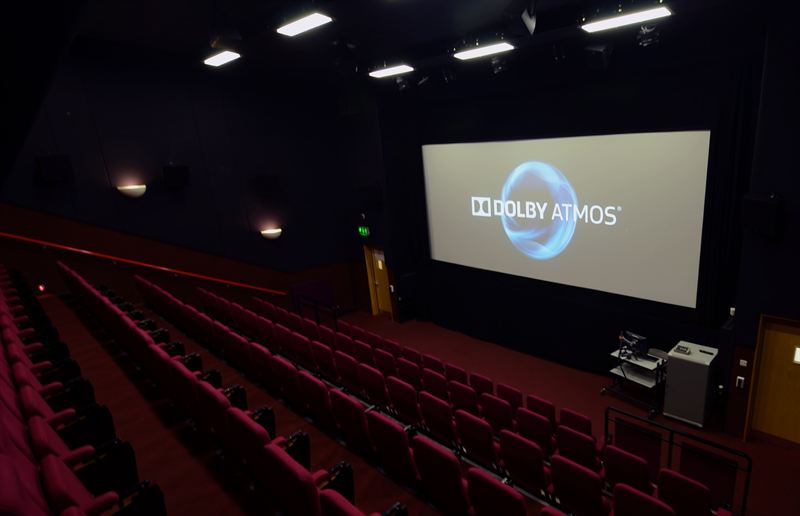 Southampton Solent University’s 3D cinema has been fitted with a new system that will provide students with exclusive playback and mixing facilities for object-based surround sound.

Solent is only the second university in the world (the first being the Beijing Film Academy), to have installed the new Dolby Atmos audio rendering system.  As well as presenting films in the new surround sound format, the system allows students to produce mixes for moving image, in a Dolby-certified studio facility.

Pete Richardson, technical instructor for media technology, says this is a fantastic opportunity for students

“It’s great to have the investment from the University for this exclusive facility,” he says. “For the students especially, to have access to this kind of technology is amazing – not many places in the world can boast this sort of experience for their students!”

Media technology students who choose to take the sound design module in their second year will have the opportunity to mix in Dolby Atmos. In their third year option, broadcast and cinema sound, they will learn how the latest surround sound technology works.

The cinema is also used by Sonar Film, the University’s student-run cinema, to show recent blockbusters for students at a cut price. Students will be able to watch Legend and experience the new technology from Friday 2 October. You can find out more about the cinema and what films are on at www.sonarfilm.co.uk