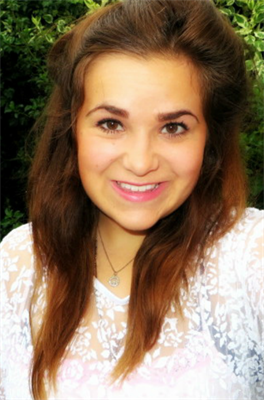 A second-year Southampton Solent University student has won a nationwide blog competition set up by PR practitioner and editor of online PR magazine, Behind the Spin, Richard Bailey.

Livi Wilkes, 20, is studying BA (Hons) Public Relations and Communications at Solent and competed against more than 150 student bloggers to be named ‘Britain’s Best PR Student Blogger’. She was also named ‘the student with the most weekly appearances’.

“I couldn’t be more thrilled to have won, and what I’ve found most humbling is that I blog because I love to, so being recognised and highly praised by such talented and skilled PR practitioners is such an honour,” says Livi, originally from Aylesbury, Buckinghamshire.

“It was all very overwhelming, too, because I received so many lovely congratulations messages and tweets from top PR professionals in the country!”

#bestPRblogs was started up by Richard in 2013 to encourage and inspire PR students across the country to blog. Over the course of the series, Livi Wilkes and 14 other Solent PR students featured on #bestPRblogs a total of 51 times, giving Southampton Solent the title of ‘Most Featured University’!

Richard Bailey, editor of Behind the Spin, says Livi’s blog stood out above the others.

“Livi has been a prolific and a high quality blogger, and her achievements have been recognised through her weekly appearances in the #bestPRblogs contest and by being selected as Britain's Best PR Student Blogger 2015,” he says.

“I first spotted her as a first year student when her blog post during the first 'ebook in a day' event stood out for me.

“I follow over 150 PR student bloggers and the #bestPRblogs contest has run all academic year, so this is a tribute to her consistent creativity and ability to connect.

“I started the contest as a talent-spotting exercise knowing that the skills demonstrated by our shortlisted bloggers will be sought by many employers in the fast-growing public relations and content marketing industries.

“Southampton Solent was also the most active university with 15 Solent students appearing in my weekly selections during the academic year.”

At the end of April, Livi and four other PR students across the country were shortlisted to be the overall winner and had to write posts which were judged by past president of the CIPR and chief engagement officer at Ketchum PR, Stephen Waddington.

Stephen said: “Livi’s content is a mix of personal and professional views and the writing style is honest and engaging. Her win is well deserved.”

PR and communication course leader at Solent, Sally Holland, said: “It’s a huge achievement for Solent PR to have won ‘Most Featured University’ and ‘Best PR Student Blogger’. Featuring in competitions such as #bestPRblogs whilst still studying gives students the edge for future employment and career opportunities. Congratulations, Livi!”

Livi has been blogging since 2012, but when she got the role of Solent PR press editor, she decided to focus on PR blogging and created ‘Live Love Laugh PR’.

“I love blogging! Since school, I liked the idea of it but never had a niche or any clue what to blog about until realising I could blog about PR – and I really enjoy it,” Livi adds.

“The majority of blogs out there are fashion or lifestyle based and I like being a bit different and whilst I'm blogging about 'business-y' stuff, I have my own unique, chatty style.”