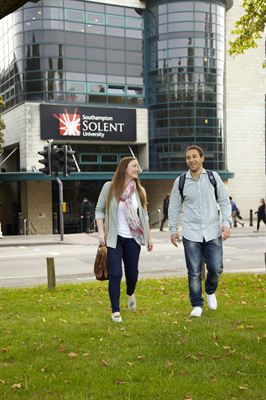 Southampton Solent University is located in one of the most economical cities to study in the UK, according to a report published by Nat West.

As students across the country contemplate their university options, the Student Living Guide Index 2015 has revealed that Southampton is the most cost-effective city in England for students.

At Solent, 70% of students are the first in their family to go to university. Starting university can be a daunting experience and living away from home and managing finances for the first time makes it important to find an affordable place in which to study.

Southampton students top the list of the most term-time income earned, earning an average of £48.47 a week and they have one of the lowest spends for socialising and going out.

Solent offers funding support and advice to all students and anyone looking to begin university in September 2015 can still apply for courses, visit solent.ac.uk/clearing or call our Clearing hotline on 023 8001 1722.