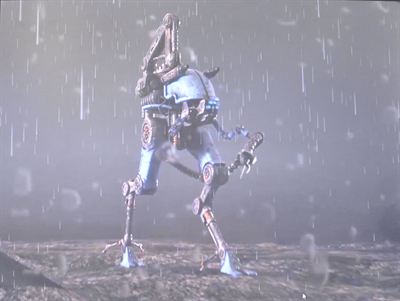 Student Amber Alexander, 25, was inspired by images and videos from The Hobbit franchise, the Daredevil TV series and Games Workshop 40k models.

Amber says: “My goal was to create a high-quality, professional show-reel that would demonstrate my skills and everything I’ve learned during the course.”

One of the UK’s only dedicated degree courses for CGI, this is the first group of students to complete the course since it launched three years ago.

“The advice I’d give to other students is whatever you’re doing, do what you enjoy. If you’re lucky you’ll be doing it the rest of your working life” Amber says.

Three of the seven students on the course won awards for their projects, including:

Senior Lecturer Adriaan Pottas says: “2015 has been an extraordinary year for the BA (Hons) CGI course. Students have gone from strength-to-strength; their hard work and a professional approach has resulted in an exceptional outcome for them."

The exhibition is open to the public until 18 June in the John Millais building at Southampton Solent University’s main campus on East Park Terrace. Opening times are: 17 June 10am – 5pm and 18 June 10am – 4pm. 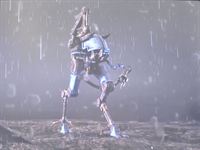