Twenty First Artists CEO Colin Lester has launched a brand new award to discover and nurture new entrepreneurial talent at Southampton Solent University. He chose the day he was awarded an honorary degree by the university to officially launch ‘The Colin Lester Digital Entrepreneurship Award’.

The award gives Solent University students (both existing and graduates from 2011 onwards) the chance to win a cash prize of £1,000 and up to £9,000 of claimable expenses to develop and support their new digital music enterprises.

Colin Lester said: “This is an incredibly proud day for me. To be recognised in this way is humbling and I am very grateful to everyone at Southampton Solent University for this wonderful honour. I love working and interacting with the students at the university and they are the inspiration for ‘The Colin Lester Digital Entrepreneurship Award,’ which aims to harness and support the incredible creativity and talent that I see there.”

“We wanted to recognize not only his contribution to the music industry but also the work he has done on behalf of the City of Southampton, particularly through his work with Craig David. ‘The Colin Lester Digital Entrepreneurship Award,’ is an excellent initiative and will, I’m sure, stimulate important new ideas and allow them to flourish.” 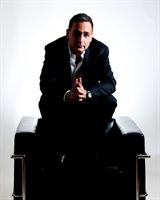 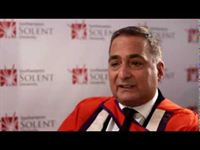