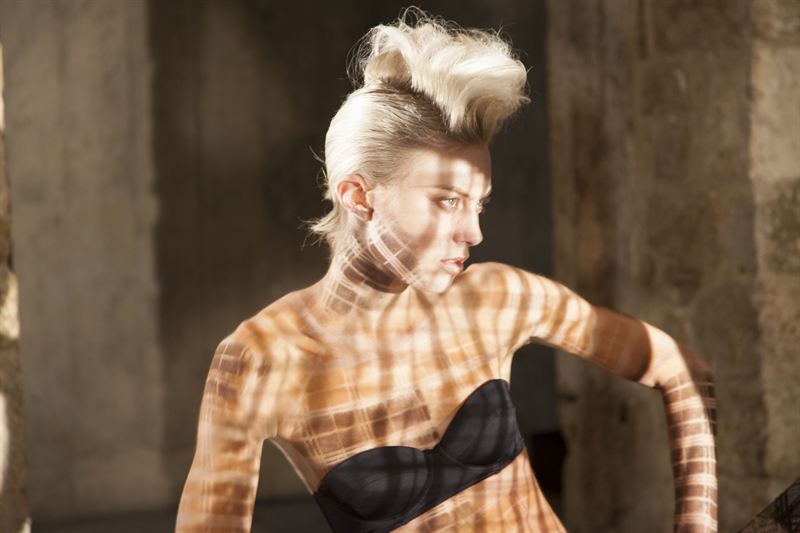 A stunning short film provides a visionary snapshot of the work of both staff and students from the popular media and fashion styling programmes at Southampton Solent University.

EVER AND ANON has been directed by the programme's Principal Lecturer, Jennifer Anyan and Course Leader for Makeup and Hair Design, Sharon Lloyd. The pair harnessed the talent of final-year students from BA (Hons) Fashion Styling, BA (Hons) Makeup and Hair Design, as well as the BA (Hons) Television and Video Production, BA (Hons) Digital Music and BA (Hons) Fashion Graphics for a collaborative production showcasing talent from across Solent's schools of art, fashion and media.

"EVER AND ANON, meaning now and then, or from time to time, underlines our pride in these students and our intention to remain in contact with them as they flourish in the creative industries," says Jennifer Anyan.

Set against the backdrop of Southampton's historic vaults, the film, depicting a vision of current and developing trends, gives final-year students the opportunity to collaborate on a farewell project, celebrating their achievements and providing the chance for them to work alongside the staff that have mentored them. The short film builds on the success of the current issue of the annual Media & Fashion Styling graduate publication, ANON.

The film can be viewed at https://youtu.be/3lYxvSOy5y0