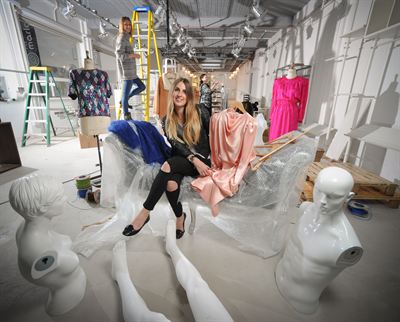 Launched in 2012, Re:So was the first fully student-operated retail initiative in a UK shopping centre. For those bored with the high street, it has been selling a unique mix of fashion, accessories, publications, furniture and art produced by the University’s creative students and graduates.

To capitalise on its success and to help promote independent designers and companies, the new store will also be giving new, online and pop up brands a platform from which to showcase their designs.

Lisa Mann, Principal Lecturer from the University’s School of Fashion says: “Over the last couple of years Re:So has been giving students the opportunity to explore the commercial side of their creativity and sell their original work. Our expansion means that we can now offer new opportunities to creative individuals looking for a shop window to showcase their designs.”

A new ‘industrial chic’ design concept - not unlike Victoria Beckham’s recently launched London store - provides a clean, contemporary theme throughout the retail area and into the creative learning zone on the upper floor of the new store in The Marlands shopping centre

The upper floor ‘learning zone’ will host guest speakers from the fashion industry, workshops, photo-shoots and exhibitions, with an emphasis on developing student retail, enterprise and employability skills.

British Fashion entrepreneur, Barry Laden MBE, will be officially opening the new store at a VIP launch on Tuesday 14 October.

A keen supporter of independent designers and passionate about bringing manufacturing back to the Britain, Barry is a keen supporter of Re:So and its ethos of showcasing locally sourced collections, made in the UK.

He has also been supporting the fashion management and marketing students’ collection, Tainted, which is being made in Barry’s latest venture, a garment factory in London's Mile End called East End Manufacturing.

“With so many fashion courses across our universities, it’s totally refreshing to see Southampton Solent providing practical commercial experience which will directly benefit them in the real world beyond University.

This is a rare, excellent provision for students which places Southampton Solent’s School of Fashion at the top of its field,” he says. 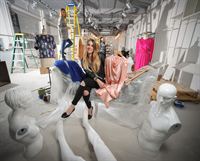