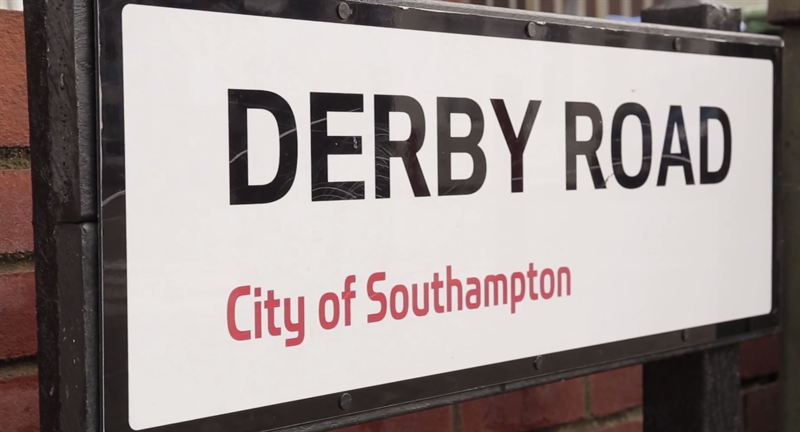 In recent months, Southampton has been gripped by the controversy arising from C4 and Love Productions’ choice of Derby Road to shoot Immigration Street on, particularly in the light of the public reaction to their previous production of Benefit Street.

The series has put the spotlight on Derby Rd, a densely multi-ethnic road in St Mary’s, close to the docks, opening old wounds from the times the area was known as a red light district throughout the world, and leaving a feeling that whatever they do, people of this area will always face prejudice.

"The University is at the heart of the city and we are always making film projects in the community. We're proud to be portraying the vibrant streets of St Mary's and Derby Road," says Tony Steyger, Associate Professor at Southampton Solent.

Derby Road in Southampton is a microcosm of Great Britain today, rich in history and humanity. It has been home to generations of immigrants from around the world, who started settling here in the fifties, from Jamaica, Pakistan, India, Italy, Malta and so on. Derby Road, as one resident describes, is the “Initiation Road”; people settle here as new migrants and then move on to the roads nearby.

The documentary series, headed up by award-winning filmmaker and journalist Claudia Murg, has been working in partnership with Derby Road residents and people who work in the area, the NHS, the MPs, the local councilors, the Newtown residents association, the city council and police, to produce the three-part series ‘Welcome to Derby Road’ – a portrait of a multi-ethnic and multi-faith community which have been living in peace and harmony for decades.

“Working on these documentaries has been the most joyous experience”, says Claudia Murg.

“People have welcomed us and put their faith in us to represent them in their true fair image. The commitment of these highly resourceful, and motivated people, completely focused on dealing with daily challenges of any inner city in Britain, and relentlessly finding solutions in tune with public opinion, will be thoroughly reflected in this unique-access series”.

The trailer released is for the first of the three films to be shown on Solent TV (online) and other channels, to be confirmed, is ‘Josie’s neighbors’, to be released at the beginning of March.

JOSIE IS an 82-year old feisty lady, who’s lived in Derby Road since 1941, when she arrived as an eight year old with her Irish parents and brothers and sisters.

Josie takes us on a historical but critical journey through Derby Rd, starting with the 1940s – discussing living through the war and the impromptu street parties with her neighbors - through to the 1960s, and the emergence of the red light district, that made Derby Road so notorious so long ago in the past.

Josie’s neighbours nowadays come from all over the world, but it is the old settled ethnic groups of Sikh Indians, Muslim Pakistani, the Windrush generation of Jamaicans, the West Indians that Josie sets out to discover more about. In this episode, Josie seeks to find out more about the values, achievements and impacts of these ethnic groups in the changing landscape of British society, meeting some of the first Jamaicans to settle in the area, as well as the Sikh Indians, Pakistanis and local Muslims.

Hearing first hand experiences from people who are often judged on their appearance, rather than their values, commitment to this country, and contribution, this episode focuses on what we have in common, the way we care about the world and about each other.

Alan Whitehead Labour MP, who was leader of Southampton City Council at the time where the biggest push for change took place, meets Josie in the serenity of the local paper’s (Southern Daily Echo) library to look at some of the archive and discuss how it was for each of them, at the opposite ends of the line.

The next two episodes, to be show in April are:

‘For the sake of the children, which tells the stories of parents from two continents, whose decisions to come to the UK have been based on the specific purpose of building a more secure future in the UK for their children. It focuses on people who are fairly new in the country and therefore first generation of immigrants.

‘The listening project - film from the perspective of a few key people who work in Derby Road, for the health, safety and wellbeing of local people.

FOR FURTHER INFORMATION CONTACT THE MEDIA OFFICE ON 023 8201 3048 or press.office@solent.ac.uk

Southampton Solent University offers more than 23,000 students over 200 qualifications ranging from HND to PhD, in subjects such as maritime education and training, fashion and design, media and television, music, health, sport and leisure, business, IT and technology. The University was awarded the 2013 Quality Assurance kitemark for quality and standards of teaching and learning. Solent was voted one of the most creative universities in the UK in a Which? University 2014 poll of students. Solent Business School has been awarded the Small Business Charter Award, which is supported by the Association of Business Schools and the Department for Business, Innovation and Skills and ‘gold approval’ by the Association of Chartered Certified Accountants (ACCA).