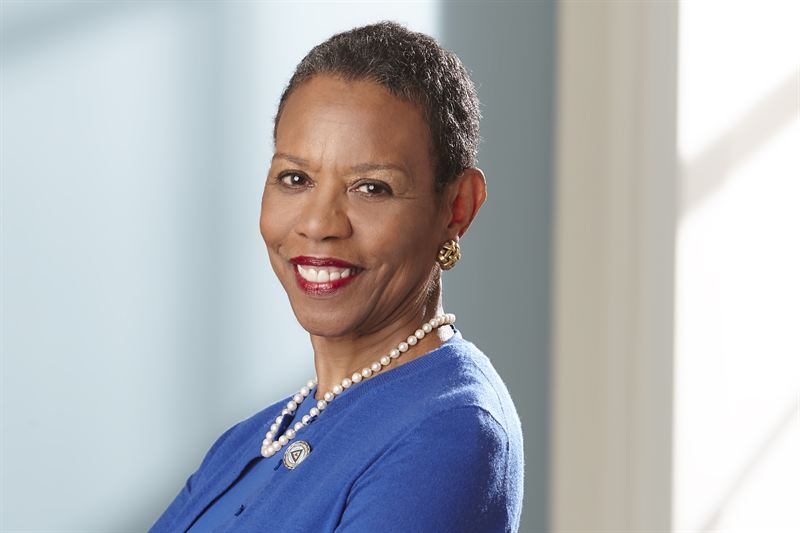 Spelman’s Board of Trustees appointed Dr. Campbell as the 10th president of one of the nation’s top-ranked women’s colleges and the number one ranked HBCU. She succeeds Dr. Beverly Daniel Tatum who retired after serving as president for 13 years.

“Spelman is a national treasure,” said Dr. Campbell. “In the coming weeks and months, I plan to listen and learn from the community responsible for Spelman’s ascent – the faculty, students, alumnae and parents – as well as friends and supporters of the College, from across the country, who make up the fiercely committed Spelman community.”

Dr. Campbell comes to Spelman as dean emerita of Tisch School of the Arts at New York University. During her 23 years as dean and University Professor in the Department of Art and Public Policy, the Tisch School vaulted to the top echelon of university art schools. Early in her career, she established herself as a change agent when she served as executive director and chief curator of the Studio Museum in Harlem. During her tenure, the Studio Museum became the first accredited Black fine arts museum in the nation and a lynchpin in the economic redevelopment of Harlem. Dr. Campbell is also a former cultural affairs commissioner for the city of New York and served two New York City mayors. In 2009, she was appointed by President Barack Obama as vice chair of the President’s Committee on the Arts and the Humanities, a non-partisan White House advisory group. As PCAH vice chair, she has been actively involved in the committee’s Turnaround Arts program, which makes use of arts in education to turn around some of the country’s worst performing K-12 public schools.

An art historian, she is currently completing a biography of the artist Romare Bearden.

A native of Philadelphia, Dr. Campbell received a bachelor’s degree in English literature from Swarthmore College, where she later served for 12 years on the Board of Managers, a master’s degree in art history from Syracuse University, and a doctorate in humanities, also from Syracuse. She holds honorary degrees from The College of New Rochelle, Colgate University, City University of New York, Pace University, Maryland Institute College of Art and Swarthmore College. Dr. Campbell is a graduate of the Philadelphia High School for Girls.

She is the mother of three sons, the grandmother of six grandchildren, and the spouse of Dr. George Campbell Jr., president emeritus of The Cooper Union for the Advancement of Science and Art.