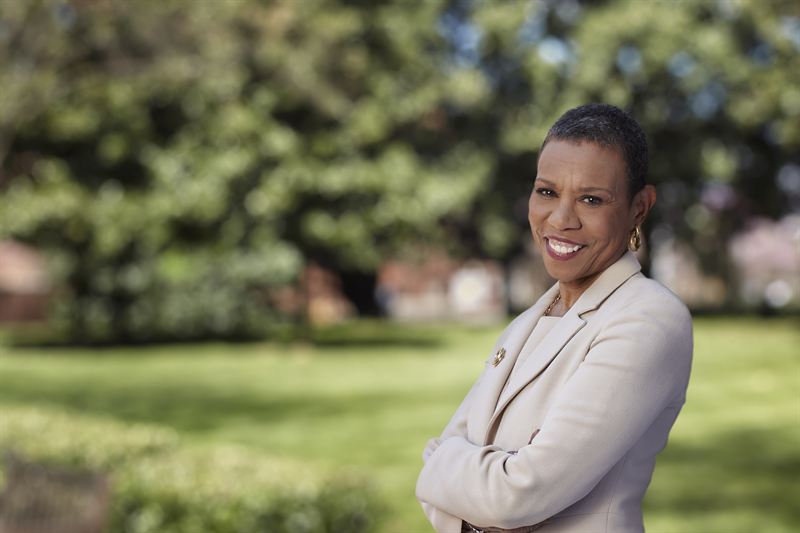 ATLANTA (March 28, 2015) – Today the Board of Trustees of Spelman College announced the selection of Mary Schmidt Campbell, Ph.D., as the College’s 10th president since its founding in 1881. Dr. Campbell assumes the role officially August 1, 2015, having served as dean emerita of the Tisch School of the Arts and university professor in the Department of Art and Public Policy at New York University.

Dr. Campbell’s experience spans both the private and non-profit sectors. Early in her career, she established herself as a change agent when she was executive director and chief curator of the Studio Museum in Harlem, the first accredited Black fine arts museum in the nation. At Tisch, Dr. Campbell elevated the school’s profile and stature, increased the recruitment of a more diverse faculty and student body, and led an unprecedented capital campaign for the school. As associate provost for the Arts of NYU, she spearheaded the development of NYU’s Game Center, a multi-disciplinary collaboration among education, science, engineering and the arts. Dr. Campbell also previously served as New York City’s cultural affairs commissioner, and in 2009, she was appointed by President Barack Obama to serve as the vice chair of the President’s Committee on the Arts and the Humanities, a non-partisan White House advisory group. In this role, she participated in a national effort to use arts education as a strategy to successfully turn around some of the nation’s worst performing schools. An art historian, she is currently completing a biography of the Black artist, Romare Bearden.

“I am honored to join a community with such a distinguished record for developing bold thinking Black women who have vaulted into leadership roles all over the country,” said Dr. Campbell, president-elect, Spelman College. “For over a decade, Dr. Beverly Tatum has provided stellar leadership to the Spelman community – trustees, faculty, staff, students and alumnae – and it is a privilege to inherit the presidency from such a visionary leader.”

Spelman's current president, Dr. Beverly Daniel Tatum, will step down in July after 13 years at the helm of the nation’s most selective historically Black college for women. Her tenure has been marked with a number of achievements including record fundraising, strong enrollment, significant campus renovations and a one-of-a-kind wellness initiative tailored to interrupt the declining health trajectory for African-American women. Dr. Tatum is expected to remain in Atlanta where she will return to her roots as a scholar and writer, and where she will also continue to be active in community endeavors.

“Leading a college is like running a relay race. You get the baton from one person and run as fast as you can to make as much progress as you can until it is your turn to pass the baton,” said Dr. Tatum. “That baton is now being passed to someone who can run fast and carry it forward with vision and speed.”

Dr. Campbell’s appointment comes as a result of a highly competitive and selective process launched last summer by the College’s Board of Trustees.

“Dr. Mary Schmidt Campbell is enterprising and exhibits tremendous clarity in responding to challenges with sustainable solutions. She identifies and advances opportunities for growth and success. She is a true interdisciplinary scholar with exemplary skills to guide us,” said Rosalind Brewer, Spelman graduate, chair of the Spelman Board of Trustees and president and CEO of Sam’s Club. “She is the right leader at the right time because her dynamic and innovative leadership has been demonstrated at every step along the way in her career.”

“Spelman College could not have made a more outstanding choice than Mary Schmidt Campbell to be its next president,” said New York University President John Sexton. “She is an institution builder, and she draws the best out of everyone around her. Loved by students, respected by faculty, she is a real leader – brilliant, strategic, funny, energetic and warm. NYU and the Tisch School of the Arts will miss Mary keenly, but we are very happy for the Spelman community and take great pride in knowing all the wonderful accomplishments she will achieve there.”

Dr. Campbell received a B.A. degree in English literature from Swarthmore College, an M.A. in art history from Syracuse University, and a Ph.D. in humanities, also from Syracuse. She is a fellow of the American Academy of Arts and Sciences and sits on the board of The Alfred P. Sloan Foundation. A former member of the Board of Trustees of the New York Shakespeare Festival, Dr. Campbell also served for 12 years on the Board of Managers of Swarthmore College. She holds honorary degrees from The College of New Rochelle, Colgate University, City University of New York, Pace University, Maryland Institute College of Art and Swarthmore College and is the recipient of a number of awards and honors. She lectures widely around the country and around the world and has authored many papers and articles on a range of subjects including African-American art, urban cultural policy issues, leadership and arts in education.

Dr. Campbell is the mother of three sons, the grandmother of six grandchildren, and the spouse of Dr. George Campbell, Jr., president emeritus of The Cooper Union for the Advancement of Science and Art.