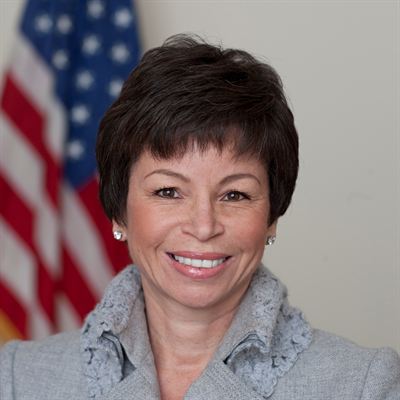 ATLANTA ( April 19, 2017) – Valerie Jarrett, the longest-serving senior adviser to President Barack Obama, has had a consequential impact across the American political, civic and business landscape. Jarrett will share wisdom and perspectives about her leadership roles with 490 graduates of the Spelman College class of 2017 during her Commencement address at 3 p.m., Sunday, May 21, at the Georgia International Convention Center in Atlanta. She will also receive the National Community Service Award at the ceremony.

“As a senior adviser to President Barack Obama and as a leader committed to service, Valerie Jarrett embodies the attributes that inspire Spelman women,” said Mary Schmidt Campbell, Ph.D., president of Spelman. “She is adept at leading change. A skilled collaborator, she is able to balance disparate interests and points of view in order to effect meaningful change. We are honored to have Ms. Jarrett as our 130th Commencement speaker.”

Raised in London, Chicago, and Shiraz (Iran), Jarrett oversaw the White House offices of public engagement and international affairs; and she also chaired the White House Council on Women and Girls during the Obama administration. Her role involved mobilizing elected officials, business and community leaders, and diverse groups of advocates behind efforts to expand and strengthen access to the middle class, boost American businesses and the U.S. economy, and champion equality and opportunity for all Americans. Jarrett helped President Obama develop a broad coalition of partners to execute a robust agenda through her oversight of the Administration’s advocacy for workplace policies that empower working families; leadership of campaigns to reform the U.S. criminal justice system; and efforts to end sexual assault and reduce gun violence.

Prior to joining the Obama administration, she was co-chair of the Obama-Biden Presidential Transition Team and held leadership positions for The Habitat Company, Chicago’s Transit Board and Department of Planning and Development, Chicago Mayor Richard M. Daley’s administration, the Chicago Stock Exchange, the University of Chicago Medical Center Board of Trustees, and the Federal Reserve Bank of Chicago.

Jarrett earned her bachelor’s degree in psychology from Stanford University and Juris Doctor from University of Michigan Law School.

Katherine G. Johnson is a pioneer in American space history. The physicist and mathematician made contributions to the United States' aeronautics and space programs with the early application of digital electronic computers at NASA. Known for accuracy in computerized celestial navigation, Johnson received bachelor’s degrees in mathematics and French from West Virginia State University before conducting technical work at NASA that spanned decades. During this time, she calculated the trajectories, launch windows, and emergency backup return paths for NASA flights from Mercury though the Space Shuttle programs. Her calculations were critical to the success of these programs, including the NASA missions of John Glenn and Alan Shepard, and the 1969 Apollo 11 flight to the moon. Johnson also executed calculations for plans for a mission to Mars. In 2015, President Barack Obama awarded Johnson the Presidential Medal of Freedom.

Andrea C. White, Ph.D., associate professor of theology and culture at Union Theological Seminary in New York, will serve as the Baccalaureate speaker for the class of 2017.  Dr. White is executive director of the Society for the Study of Black Religion and a founding member of The Carter Center’s Scholars in Action which addresses gender-based violence against women and girls.  Her research specializes in womanist theology, critical theory and postmodern religious thought.  Prior to her appointment at Union, Dr. White served on the faculty at Emory University’s Candler School of Theology and the Department of Women’s, Gender, and Sexuality Studies. An ordained American Baptist minister who served as pastor of Aldrich Baptist Church, she earned her doctorate in theology from The University of Chicago Divinity School, masters of divinity degree with a concentration in philosophy of religion from Yale Divinity School, and a bachelor’s degree with honors in philosophy from Oberlin College. The Baccalaureate service will be held Saturday, May 20, 2017, at 9 a.m. on the Spelman Oval. 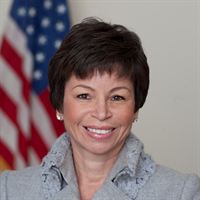 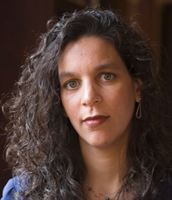 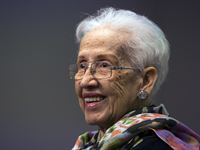