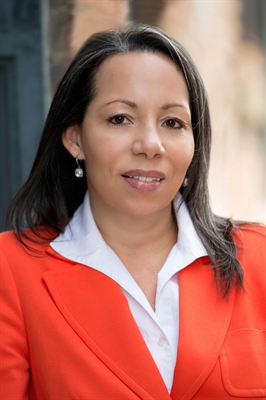 As chief academic officer, Davies will serve as a key member of Spelman’s senior leadership team and have a pivotal role in assuring the execution of the College’s new strategic plan and the implementation of the plan's initiatives. Davies will also work closely with the College’s deans, department chairs, and program directors ─ providing oversight for maintaining academic excellence and assuring strong support for student success in the Office of Academic Affairs.

“Ms. Davies joins Spelman at an exciting time in the College’s history as we are formulating a strategic plan that will profoundly impact Spelman's academic future and assesses the 21st century skills and knowledge our students require to be leaders in the global community,” said Spelman President Mary Schmidt Campbell, Ph.D. “Ms. Davies’ distinguished record of scholarship and leadership in higher education and beyond will further advance the College. As we seek to heighten the intellectual experience, global impact of Spelman women, and career horizons for our students, her experiences will allow her to effectively lead the College's academic functions with insight, creativity, and innovation in the dynamic and rapidly changing higher education environment.”

Davies’ career experiences span both academic and non-academic fields. She joins Spelman from The Ohio State University where she is vice provost for Diversity and Inclusion and chief diversity officer. For the past 22 years, Davies has been a member of OSU’s Moritz College of Law faculty, currently serving as the Gregory H. Williams Chair in Civil Rights and Civil Liberties. Davies directs the university's Kirwan Institute for the Study of Race & Ethnicity, an interdisciplinary engaged research institute known nationally for its work in social justice, equity and inclusion.

Davies was a Harlan Fiske Stone Scholar and a Notes and Comments editor of the Columbia Law Review while in law school at Columbia University. After graduation, she worked as an attorney for Steptoe and Johnson in Washington, D.C., Lord, Day & Lord Barrett Smith in New York City, and served for five years as an assistant United States attorney in the U.S. Attorney’s Office in the Southern District of New York. She currently holds a four-year appointment to the Ohio Advisory Committee to the United States Commission on Civil Rights. She has received numerous accolades for her contributions to fostering legal education, ensuring access to justice, and preserving individual rights and the rule of law. She is recognized as a national authority and frequent speaker on diversity in higher education, the implications of implicit bias research and structural barriers to educational opportunity.

“Spelman College is acclaimed for the premier role that it plays in the education of women of African descent,” said Davies. “I am overjoyed to join Dr. Campbell and Spelman’s Board of Trustees, its world-class faculty, outstanding staff, and network of devoted alumnae in their determination to give every Spelman student the education and support she needs to grow into the critical thinker, engaged citizen and leader that our world demands. The work that happens at Spelman advances knowledge, reveres truth, promotes justice and improves lives. That work has never been more important than it is right now, and I am humbled to be part of it.”