ATLANTA (April 15, 2015) —Dynamic women visionaries who are leading in the field of technology will be honored at the 11th Annual Spelman College Leadership and Women of Color Conference May 13-14, 2015, in Atlanta.

Convened by Jane E. Smith, Ed.D., executive director of the Center for Leadership and Civic Engagement at Spelman, the conference will showcase a host of influential women and their perspective on the theme, “New School Leaders of the Digital Era.”

“Technology is embedded in everything we do,” said Smith. “This year’s conference will offer bold, new-age strategies on how to successfully navigate and harness the influence of various digital platforms and concepts that impact our reality. It will also focus on how women of color are a critical part of this digital movement. The digital world transcends demographics and is a driving force in our society, which makes the topic and timing of this conference ideal.”

Spelman will celebrate the impact and influence of exceptional women leaders in the digital era with the conference’s annual Game Changers Awards. A Game Changers honoree is a 21st century leader who is powerful, forward thinking and embraces her drive for excellence. Recognized for their exemplary leadership and commitment to creating positive change, the following women (and others) will be presented with the 2015 Game Changers Award:

Kimberly Bryant, founder of Black Girls Code, established the organization in 2011 in hopes of rectifying the underrepresented female and African-American demographic (25 percent and three percent respectively) within the technology industry.  Offering programs such as computer programming, coding, as well as website/robot/mobile application-building courses, she hopes to provide African-American youth with the skills to occupy some of the 1.4 million computing job openings expected to be available in the U.S. in 2020.

Kathryn Finney, founder of digitalundivided, is credited as one of the first African-American fashion bloggers and a motivator for encouraging women of color to not only be leading consumers of technology, but to tackle the entrepreneurial side of a very lucrative industry.  Finney also developed FOCUS100, an annual event that aims to train 100 Black women founders and co-founders from tech-based start-ups on how to raise funding.

Nicole Sanchez, founder and CEO of Vaya Consulting, spearheads a firm that works with companies to increase diversity in the workforce. She has worked in both the public and private sectors on issues of engaging marginalized communities in education access, technology and civic participation.

Lauren Wesley Wilson, president of ColorComm Inc., is on a mission to see more women of color holding senior positions in the communications field. Wilson credits her ability to build relationships to managing communications for a United States congresswoman and creating a forum that allows women to share experiences and learn from each other in order to enhance their professional careers.

The most successful leaders think strategically. They are counted among those who are leading the advancement of women of color in the digital age. They’re influential, critical-thinkers with a drive for excellence in their professional and personal lives; and they embrace the importance of empowerment and service.  They are defined by Spelman College as having a legacy of leadership.  This year, Spelman will recognize one of their own—a faculty member—among several others with the Legacy of Leadership Award.

Ayoka Chenizra, Ph.D,  Spelman College division chair for arts and humanities and founder and director of the Spelman Digital Moving Image Salon, is an award-winning film and video artist and one of the first African Americans to teach film production in higher education. A pioneer in Black independent cinema, Chenzira is also one of the first African-American women to write, produce and direct a 35mm feature film, "Alma’s Rainbow," one of Billboard Magazine’s top 40 home video rentals. In 2003, she was recognized as the first African-American professor to receive a Distinguished Educator Award from Apple for her work with storytelling and digital technology.

Groundbreaking female speakers who are driving the charge in the information age will also be showcased at the conference. On day two, a panel of media leaders will examine the make or break reality of communicating in a 24/7 global news cycle and the new rules needed for responsible reporting in the digital era. A few of the confirmed media panelists include:

Mary Hudetz, editor of Native Peoples magazine. Hudetz oversees the first and largest, paid-circulation, consumer magazine geared toward the arts and culture of indigenous peoples of the Americas. Hudetz is a former editor on The Associated Press’ West Regional Desk in Phoenix.

Advance registration for the conference will end April 22. For more details and to register, visit www.spelmanwomenofcolorconf.com. Join the discussion for this year’s event and theme across all social media platforms by using the hashtag #SpelmanWOCC.

The 2015 conference will be held May 13-14, 2015, at the Georgia International Convention Center in Atlanta. The two-day event will explore “New School Leaders in the Digital Era” and feature notable leaders in the technology and digital industries.

During the conference, prominent female leaders across all facets of technology and digital industries will share their experiences and knowledge of success in leadership roles.  Attendees and experts will delve into this year’s theme, which will examine how to develop and sustain effective leadership strategies via change, innovation and influence. Experts will also address the importance and effects of technology, why leaders must be digitally-fluent and how to excel in today’s high-speed, globally-connected environment. 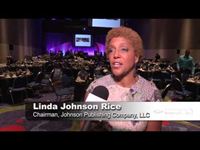