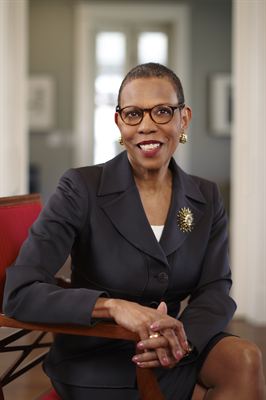 ATLANTA (April 4, 2016)— Spelman College will celebrate the inauguration of its 10th president, Dr. Mary Schmidt Campbell, with a series of events slated from April 7-10, 2016. The investiture ceremony will be held Saturday, April 9 at 11 a.m. at the Georgia World Congress Center. Dr. Campbell will be installed by the following Board of Trustees members: Sam’s Club President/CEO Rosalind Brewer, C’84, and Stryker Corporation Director Ronda Stryker.

Dr. Campbell’s investiture address will focus on the inauguration theme of equality.

Inauguration events are free and open to the public with the exception of the Spike Lee Retrospective, which is open to Spelman students, alumnae, faculty and staff only.

Ticket Reservation
A limited number of tickets are available for the Arts Celebration. An online RSVP is requested for events.

Link for a complete schedule of events, to RSVP and reserve tickets.

A Spike Lee Retrospective: WAKE UP. WAKE UP. UP YOU WAKE.
*This is a ticketed event.*
Friday, April 8, 2016
7 p.m. - 8:30 p.m.
Spelman College, Sisters Chapel
Celebrating equality through the eyes of a Spelman son

For more information about the inauguration of Dr. Mary Schmidt Campbell, visit www.spelman.edu/inauguration.