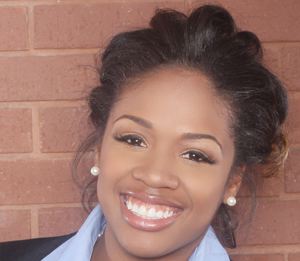 ATLANTA (Dec. 2, 2014) – Tayler Ulmer, C’2015, has been awarded a Marshall Scholarship. Ulmer is the fifth Spelman College student to receive the scholarship since its inception in 1954. The scholarship finances young Americans of high ability to study for a graduate degree at an academic institution in the United Kingdom. Up to 40 Marshall Scholars are selected each year. Ulmer, an anthropology/sociology and international studies major, plans to pursue a master’s degree in social anthropology of development at the School for Oriental and African Studies at the University of London.

“Tayler Ulmer is a wonderful young scholar activist from Chicago who will definitely leave her mark on the world,” said Margery Ganz, Ph.D., director of Spelman’s Study Abroad and International Exchange Program and professor of history. Dr. Ganz is the College’s Marshall Scholarship liaison and advisor. “Tayler's commitment to serve her community is demonstrated by her numerous activities including as a Bonner Community Service Scholar and founder of My Brother’s Keeper, an organization to help young Black males see the value of a college education.

“Tayler’s global perspective is made concrete by both her international studies major which provides the academic foundation for her future career and her creation of Girls Going Global, a program for young African-American girls that encourages them to have a broader, more global perspective by studying overseas.  Her master’s in social anthropology of development will only enhance her already strong foundation,” noted Ganz.

British Consul General Jeremy Pilmore-Bedford said, “Tayler has a bright future ahead of her as she pursues her studies in London, and I look forward to seeing how she uses her social and mentor skills to help vulnerable populations around the world.”

Ulmer’s other academic achievements include being named one of 59 college juniors in the nation to receive the prestigious 2014 Truman Scholarship. She is the second Spelman student to be a Truman Scholar since 1994. Ulmer is also a member of the United Negro College Fund Mellon Mays Programme, a change agent for the Joseph and Evelyn E. Lowery Institute for Justice and Human Rights and a member of Spelman College’s Social Justice Program.

Ulmer aims to become a servant of disadvantaged communities by combining her interests in international development, education and cultural literacy. In her spare time, she enjoys blogging about her experiences around the world at Black Girl Without Borders.

Marshall Scholarship
The Marshall Scholarships were created by the British government to thank American people for the assistance given to Europe in the aftermath of WWII through the European Recovery Programme - commonly known as the Marshall Plan. The scholarships finance young Americans of high ability to study for a degree in the United Kingdom. Founded by a 1953 Act of Parliament, and named in honor of U.S. Secretary of State George C Marshall, the scholarships commemorate the humane ideals of the Marshall Plan and they express the continuing gratitude of the British people to their American counterparts. Since 1954, some 1,800 scholars have held Marshall Scholarships. Marshall alumni are leaders in fields such as politics, law, diplomacy, creative arts and pure sciences. Up to 40 scholars are selected each year to study at post-graduate level at any British university, in any field of study. Mainly funded by the Foreign and Commonwealth Office, the scholarships are for one or two years and overseen by the Marshall Aid Commemoration Commission. 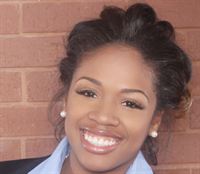