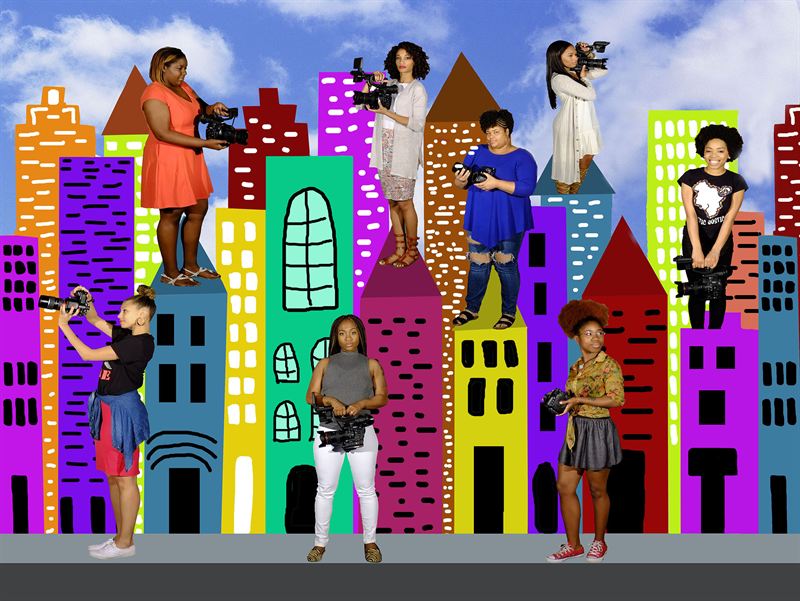 ATLANTA (April 26, 2016) -- The Spelman College Digital Moving Image Salon Student Documentary Film Showcase on April 28 will premiere three documentaries produced by Spelman students. The DMIS showcase has long been a platform for films that have concentrated on timely topics that effect women of the African Diaspora. This year’s documentaries explore HBCU beauty pageants, Afrofuturism and the journey of women living in neighborhoods beset by poverty.

Now in its 13th year, the showcase is the culmination of a two-semester commitment by three teams of students to research, write and produce films for academic credit. Their work is led by Ayoka Chenzira, Ph.D., division chair for the arts, founding director of DMIS and interim chair for the Department of Art and Art History.

Harris, Touissant, and Marshall’s film, “Womanhood,” follows three Atlanta women as they fight systematic oppression and aim to make a better life for themselves and their families. Harris posed the concept for “Womanhood,” which stems from her interest in movies like “Boyz N the Hood” and “Straight Outta of Compton,” as story ideas were being green-lighted last semester.

“I was inspired by how the men [in these films] were hustling and making a way out of no way,” said Harris. “I was thinking ‘Men in the hood just get it done.’ Then one day it was like God whispered in my ear, ‘What about women? What about women in low-income neighborhoods?’” It was then Harris said she realized the stories of these women, who were laboring to better their circumstances – whether by starting a business, buying a home, or pursuing an education  – were hardly ever told and needed to be.

Phillips, Montalvo and Moss also sought out a topic that needed to be lifted up. They found it in Afrofuturism. In their documentary, “Black to the Future,” the trio challenges the absence of Black women in genres that depict future and alternative societies. The team brings to the forefront the relevance of Afrofuturism, which intentionally envisions Black women in these spaces.

“In our documentary, we look at Afrofuturism’s influence on music, literature, film, fashion, and the ways in which the creative arts can be used as a space to imagine what Black women would look like in the future,” said Phillips.

From literature and cinematic perspectives, the three delve into the controversy that surrounded the casting of a Black male as a lead character in the most recent Star Wars movie “The Force Awakens,” while simultaneously ignoring the absence of Black women in the same movie. They also scrutinize popular dystopian society novels like “The Hunger Games” and “Divergent” that lack prominent Black female characters.

In contrast, Boykin and Adams examine a topic where Black women are prominent. Their documentary “Chasing Beauty” focuses on the marginalization and exploitation of Black women and the not so glamorous side of beauty pageants – primarily those held at Morehouse College and Spelman, said Boykin.

Boykin and Adams were attracted to the idea of a film about beauty pageants because pageantry is a significant part of social life for many Atlanta University Center students. “And, there is so much that goes on behind the scenes at pageants – the break downs, melt downs and the [contestants’] struggles,” said Boykin about the elements they felt would make for a compelling story.

Over the course of the past nine months, the DMIS students have not only have completed full-length documentaries, Dr. Chenzira noted they’ve also acquired or strengthened leadership skills like time management, community engagement, problem solving and effective team dynamics.

For Phillips, a comparative women’s studies major, who is interested in community organization and social justice work, the course and film making experience have deepened her knowledge about human nature and the value of storytelling. “This class has taught me the importance of using storytelling as a platform to reach people and fundamental ways in which people relate to one another.”

In addition to the screenings, the DMIS Student Documentary Film Showcase will recognize Alexa Harris, C’2007, a communications consultant, for her pioneering accomplishments in the field of African-American independent cinema with the Celebration of Excellence Award. A former DMIS student, Harris earned a master’s degree in documentary film and history from Syracuse University, and a doctorate in communication and culture from Howard University.

The showcase and awards presentation will take place at 7 p.m. at Midtown Arts Cinema (931 Monroe Drive, Atlanta 30308). The event is free and open to the public. For more information and to view the 2016 showcase trailer, visit DMIS. The phone number to call for details is 404-270-5625.

About the Digital Moving Image Salon

The Digital Moving Image Salon (DMIS) began at Spelman College in the fall of 2004, and is a component of the Women’s Research and Resource Center at Spelman College. Founded by internationally award-winning filmmaker and interactive digital media artist, Ayoka Chenzira, Ph.D., it is a mechanism through which the College encourages and supports the growing number of students interested in creating stories for digital media platforms. DMIS students have been accepted into graduate film programs, won awards at international film festivals, and awarded an Emmy. In 2012, DMIS received the Best Fine Arts Program by The Center for HBCU Media Advocacy. In 2014, Dr. Chenzira was awarded the Best Female Professor Award by the same organization. For more information, visit DMIS. 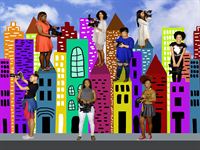