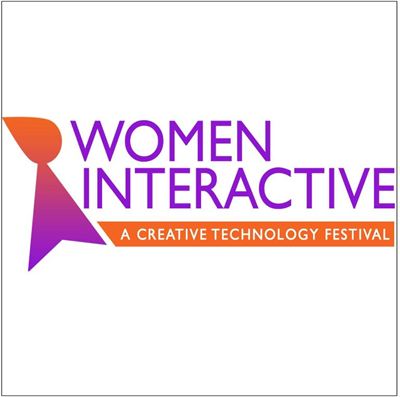 The festival is co-presented Nov. 1 by the Spelman Digital Moving Image Salon and Art of Genius Creative Technology Series

ATLANTA (October 28, 2014) -- For the third straight year, the Women Interactive Creative Technology Festival will return to Spelman College. Co-presented by the Digital Moving Image Salon and Art of Genius Creative Technology Series, this daylong event will be held Saturday, Nov. 1, at 9 a.m., and is designed to empower and encourage women to become active participants in the tech and startup spaces but anyone is invited to attend. Free and open to the public, the event will be held in the Cosby Academic Center.

During the festival, college students, collegiate faculty and technology, media and creative professionals and enthusiasts will have the opportunity to interact with innovative technology by following the three pillars on which the festival is based: Interaction, Education and Inspiration. The theme of this year's festival is “Change Your Perspective--Small but Mighty.” Keynotes, panels and presentations will center around the idea of how technology innovation, diversity inclusion, funding and programming can generate an impact on how women create, thrive and lead in the tech space. Festival sessions will deliver firsthand knowledge from some of technology’s top professionals in an intimate setting designed to enhance attendee engagement.

"The festival’s theme is all about encouraging people to change their perspective of what the technology industry looks like,” said Ashia Sims, co-founder and chief transmedia officer for Women Interactive. “Much of the press surrounding technology and startup spaces feature men. We want to show people that women are also doing great things in those areas by highlighting them at the festival."

“Often when we think about technology we think primarily about hardware, software or coding, but technology is much more than this,” said Ayoka Chenzira, Ph.D., division chair of Arts and Humanities,  filmmaker, interactive digital media artist and founding director of the Spelman College Digital Moving Image Salon. “It is a cultural practice that allows us to think and rethink our relationship to the world and with each other. The festival will show that women are involved in technology in many ways.”

During the festival, attendees will experience tech talks in the Inspiration Hall.

"We wanted to create an event that provided more than just information,” said Sabrina Harvey, founding curator of Women Interactive. “The festival will provide action-oriented tips and insights that our attendees can take and use once they leave Women Interactive."

Women Interactive is targeted at tech enthusiasts, lifestyle agents, graphic artists, filmmakers, game and app developers, artists and curious explorers who are seeking ways to monetize their creativity and move beyond technological boundaries. Festival participants can expect to walk away with an expanded network, practical tips on funding, insight on best practices with game design, and tools and resources to run their business or startup. To register, visit: http://womeninteractive.net/tickets.

About Art of Genius Creative Technology Series
A creative technology series of art, entertainment, science, media and technology events and workshops geared toward women. The mission of the Art of Genius Creative Technology Series is to examine how women can create social responsibility in our society by using art, design, entertainment, science, technology and media as a creative platform to inspire, encourage and bring about social change. Current Art of Genius projects consist of a panel discussion series, Talkback, digital business and art book, Women 2 Watch and creative technology festival, Women Interactive.

About The Digital Moving Image Salon
The Digital Moving Image Salon (DMIS) began at Spelman College in the fall of 2004. Founded by award-winning filmmaker and interactive digital media artist, Ayoka Chenzira, Ph.D., DMIS is a mechanism through which the college encourages and supports the growing number of students interested in creating stories for digital media platforms. In 2012, DMIS was named Best Fine Arts Program by The Center for HBCU Media Advocacy. For more information, visit www.spelman.edu/dmis. 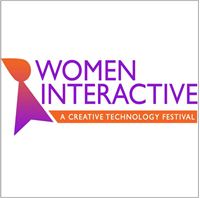