Anders Åberg co-founded Sprint Bioscience and during his ten years as CEO has led the work of building an effective research and development organization that has been able to attract a number of international partners. In recent years, the company has established three license agreements with global pharmaceutical companies.

“When we founded Sprint Bioscience, we had a clear vision of how, through a combination of efficient process development and pioneering technology, we could generate drug candidates for global pharmaceutical companies. The fact that we have been able to build up the company in such a short time and to out-license three projects shows that we can create long-term values for our customers and shareholders. After these 10 years as CEO, it is now time for me to have time for other things,” says Anders Åberg, CEO of Sprint Bioscience. 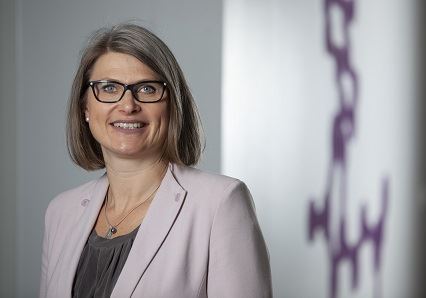 The Board of Directors of Sprint Bioscience has appointed Jessica Martinsson as acting CEO. Jessica has held the position of operational manager and is co-founder of the company.

“We thank Anders Åberg for all the fantastic work that has led to Sprint Bioscience becoming the high-quality company it is today. Jessica Martinsson has also played a significant role in the company's success since its inception, and she will now, together with a very competent management team, take responsibility for its continued development. The Board has initiated a structured process to appoint a permanent CEO,” says Rune Nordlander, Chairman of Sprint Bioscience.

Anders Åberg leaves the position as CEO on June 11 and Jessica Martinsson will take up the position of acting CEO at that time. Anders Åberg retains his shareholding and will remains as senior adviser to the company but will not have an operational role.

The information has previously been disclosed in Swedish by Sprint Bioscience AB under the EU Market Abuse Regulation and the Securities Market Act. The information in Swedish was published on June 11, 2019 at 09:00 CET.

About Sprint Bioscience AB (publ)
Sprint Bioscience is part of the new Swedish pharmaceutical industry. The company aims to develop drug candidates for the global pharmaceutical market in the cancer field in a more time- and resource-efficient way. The company is based in Stockholm with laboratories in Huddinge. The Sprint Bioscience share is listed on Nasdaq First North Premier and is traded under the name SPRINT. Further information is available on the company's website; www.sprintbioscience.com. Certified Advisor is FNCA Sweden: +46-(0)8-528 00 399, info@fnca.se, www.fnca.se.