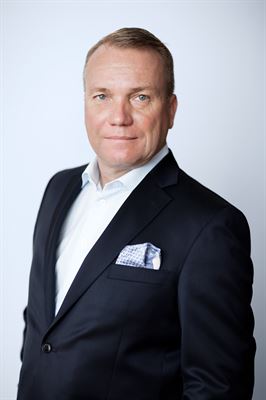 Today, SSM’s Nomination Committee has announced that it will propose that Peter Wågström be elected as a new member of the Board of Directors of SSM Holding AB (publ). The notice to attend the extraordinary general meeting at which the election will take place will be published on or around October 10, 2019.

Peter Wågström, who has a Masters in Engineering from the Royal Institute of Technology (KTH) and extensive experience from leadership positions within the construction and real estate sectors, has been proposed as a new member of the Board of Directors of SSM Holding AB (publ). From 2004 to 2017, Peter has been working within NCC, between 2011 until 2017 as President & CEO and before he was Area Manager at NCC Housing and NCC Property Development. Today, Peter has several board appointments within the real estate sector including the listed companies Eastnine and Amasten (First North). He is also a member of the board of privately-owned company Arlandastad Holding.

SSM’s Nomination Committee is made up of Johannes Wingborg (Chairman) appointed by Länsförsäkringar Fondförvaltning AB, Ulf Morelius appointed by Eurodevelopment Holding AG, Peter Lundkvist appointed by Tredje AP-fonden and Anders Janson, Chairman of the Board of Directors of SSM.

The notice to attend the extraordinary general meeting will be published on or around October 10, 2019.

This information is such that SSM Holding AB (publ) is obliged to make public pursuant to the EU Market Abuse Regulation. The information was submitted for publication, through the agency of the contact persons set out below, at 14:00 CEST on September 30, 2019.

About SSM Holding AB (publ)
SSM produces functionally smart and affordable homes with attractive common areas, close to public transport and the city center for the company’s target group – the urbanites of tomorrow. The company envisions a housing market that is accessible to as many people as possible and aspires to produce 50 percent cooperative apartments and 50 percent rental units. SSM is the leading property developer in its niche within the Greater Stockholm area and at end of June 2019, the company has approximately 6,200 building permits in its portfolio. SSM has been listed on Nasdaq Stockholm main list since April 6, 2017. www.ssmlivinggroup.com