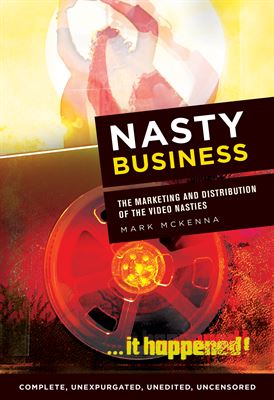 The rise of home video in the early 1980s saw a wave of extreme horror films released by independent distributors which were branded ‘video nasties’ by tabloid newspapers and vilified by campaigners such as Mary Whitehouse.

Dr Mark McKenna delves into this period dubbed ‘the golden age’ of exploitation films before the introduction of the 1984 Video Recordings Act in his new book Nasty Business: The Marketing and Distribution of the Video Nasties . Published by Edinburgh University Press, it examines how marketing, branding and distribution shaped the concept of the video nasties as much as their censorship.

To celebrate the book’s launch, Mark will be joined by a panel of experts for a virtual roundtable discussion about the legacy of the video nasties on Monday 25 January at 6pm.

Mark, a Lecturer in Film, Television and Radio Studies, explained: “A lot of those histories paint Britain as this pastoral land facing the creeping threat of unregulated video nasties and ignore the fact that thirty-one of the seventy-two films targeted as video nasties had already been released in cinemas. They relied on the idea that these videos were a new threat and particularly preyed upon the idea of the feckless working classes who might commit copycat crimes.”

The book focuses on an industry that is still portrayed in heavily caricatured terms, that is frequently presented as immoral or corrupt, and that continues to be understood through the rhetoric of the tabloid press, as 'merchants of menace'.

“I was really interested in how class played into this but also the disconnect between the Conservative government’s policy for championing independent businesses on the one hand, then on the other hand demolishing these businesses and wiping out the independent sector.” Mark commented.

“The book tries to dispel the caricature of video distributors as lurid money grabbers when mostly they were just independent businessmen trying to make a living.”

He also examines wider political issues which influenced censorship of the video nasties and their evolution from media moral panic into a commercially viable subgenre. The Motion Picture Association of America (MPAA) saw video as a threat to theatrical revenue and Mark looks at how they joined forces with the British Videogram Association, the British Board of Film Classification and the government to take on the video distributors.

He said: “This created a perfect storm at a time when there was huge civil unrest – the Belgrano had just been sunk, there were riots in Toxteth and riots in Brixton – and it has been argued that the video nasties presented an opportunity for the Conservative government to demonstrate resolve against a largely fictitious problem. However, it also presented an opportunity for the American major distributors to “reshape the industry in their own image and take control of the video market themselves.”

The Nasty Business book launch will be chaired by William Proctor from Bournemouth University with a panel comprising David Church and Joan Hawkins from Indiana University, Sarah Cleary from Trinity College Dublin and Paul McDonald from King’s College London.

Staffordshire University is the Connected University; connected to the needs of students, academic partners, business and society. Our main city campus in Stoke-on-Trent features excellent learning and teaching facilities and good transport links. We have specialist Centres of Excellence in Healthcare Education at Stafford and Shrewsbury.

We were recognised with a Gold award in the 2019 Teaching Excellence and Student Outcomes Framework (TEF) for delivering consistently outstanding teaching, learning and outcomes for students.

Staffordshire University has signed up to the Civic University Agreement, pledging to play a leading role in improving the regional economy and enhancing quality of life in local communities. We were recognised in the top 15 for social inclusion in The Times and Sunday Times Good University Guide 2021. We aim to be a leading university for digital technologies building on our proud computing heritage and in 2019 launched Staffordshire University London’s Digital Institute which is committed to preparing students for careers in new and emerging tech industries. 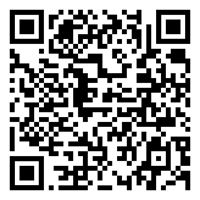