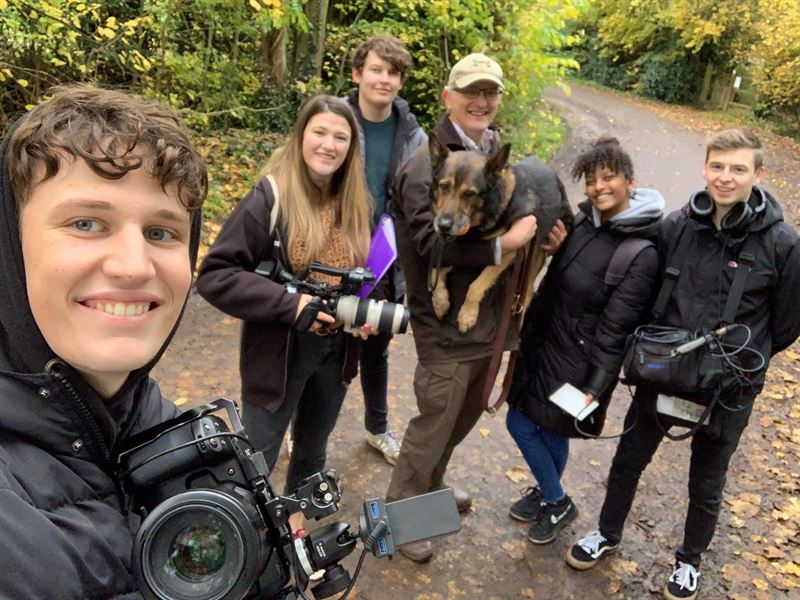 Filmmakers from Staffordshire University hope to make their mark at the region’s student ‘Oscars’ next month.

Staffordshire University has received six nominations at the Royal Television Society Midlands Student Awards 2021 – more than any other university in the competition.

Holly McClellan, 22 from Warrington, completed her degree in Media (Film) Production last summer and her documentary Finn’s Law is shortlisted in the ‘Non-Scripted’ category.

It tells the story of PC Dave Wardell and his German Shepherd Finn who were attacked while responding to a report of a robbery. Finn survived being stabbed in the head which led Dave to campaign for new legislation to protect service animals such as police dogs and horses.

The Animal Welfare (Service Animals) Bill, known as ‘Finn’s Law’, was introduced in 2019 and prevents those who attack or injure service animals from claiming self-defence.

The same year Dave and Finn captured hearts on Britain's Got Talent and reached the final with their magic act.

Holly said: “My dad is a police officer so I’ve always been interested in police dogs. I remembered watching Dave on Britain’s Got Talent so I contacted him on social media and luckily he agreed to be in the film!

“The first prosecution under the new law was after a police dog was attacked in Stoke-on-Trent and the film also features the police officer involved. I wanted to merge the two stories together to show how the law came about and the impact that it is having now.”

Finn’s Law has also been selected for ten film festivals, being named Best Student Film at The Smokies Film Festival 2020 and Documentary Winner at Buntingford Shorts 2021.

Holly has a passion for highlighting the work of the emergency service and a previous project The Man at the Bust Stop features the crew from the North West Ambulance Service who saved her grandad’s life when he had a heart attack.

“I’ve been really pleased with the response to the film. The RTS awards are recognised throughout the industry so I’m really chuffed to be nominated. I’d love to keep making films about the emergency services and hope to make a film about the Fire Service next!”

Thomas Read, who completed his degree in Digital Film and Post Production last year, is also in the running for the ‘Non Scripted’ award. His documentary Living Off Grid takes a look at life inside Brithdir Mawr, a low impact eco community living on an 80 acre farm in Pembrokeshire.

Thomas is also nominated alongside course mates Natalie Argent and Tom Connor in the ‘Craft Skills – Camera’ category for a music video made for Brixton-based rapper and singer Bushrod’s single Lowkey. They have since made a further four videos with the artist and Thomas hopes to continue making music videos.

The 23-year-old from Kendall, said: “I wanted to make a documentary that could show people that working the 9-5 everyday isn't the only way of life. After spending time within the community at Brithdir Mawr, you could really sense the positive quality of life.”

“To be nominated for the RTS awards is an honour. In my final year of University, I wanted to produce work that I was truly proud of. Being nominated for two RTS awards has given me real confidence upon leaving University and finding my feet within the Film Industry.”

Other graduates in the running for awards include Georgia Taylor who is shortlisted in the ‘Scripted’ and ‘Craft Skills – Writing’ categories for coming of age film Callie. Handbrake by James Baldwin, Kieran Martin, Ella Stewart, Victoria Wetzel, Nikita Holmes, Ethan Williamson, and Callum Martin is also nominated for the ‘Short Form’ prize.

Colin Mottram, Senior Lecturer in Film Production, added: “The students worked incredibly hard in a very challenging year to produce some standout pieces of work that the RTS Awards have recognised. Staffordshire University students are nominated in six out of the eight categories, which shows the quality of the work the students are producing across the breadth of Short Form, Drama, Documentary and Music Video production.

“To be nominated for Craft Skills Awards for Writing and Camera also demonstrates a high standard of creative and technical skills applied by the students within their productions. We are proud that industry professionals selected the nominations and these successes put a kitemark of quality to the films produced across the Department of Media and Performance.”

Winners of the RTS Midlands Student Awards 2021 will be revealed in a virtual ceremony on 21 April – see the full list of nominees. Book your place at a Virtual Open Day to discover more about studying at Staffordshire University.

Staffordshire University is the Connected University; connected to the needs of students, academic partners, business and society. Our main city campus in Stoke-on-Trent features excellent learning and teaching facilities and good transport links. We have specialist Centres of Excellence in Healthcare Education at Stafford and Shrewsbury.

We were recognised with a Gold award in the 2019 Teaching Excellence and Student Outcomes Framework (TEF) for delivering consistently outstanding teaching, learning and outcomes for students.

Staffordshire University has signed up to the Civic University Agreement, pledging to play a leading role in improving the regional economy and enhancing quality of life in local communities. We were recognised in the top 15 for social inclusion in The Times and Sunday Times Good University Guide 2021. We aim to be a leading university for digital technologies building on our proud computing heritage and in 2019 launched Staffordshire University London’s Digital Institute which is committed to preparing students for careers in new and emerging tech industries. 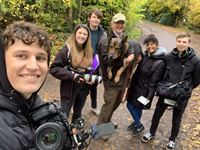