Enormous interest in the Eternal Employment position in Gothenburg

Artists Goldin+Senneby’s art project Eternal Employment has attracted much international attention. Media outlets such as the Washington Post and CNN have published articles on the project, which offers a non-time-limited position at the Korsvägen Station in Gothenburg. As a consequence of the recent attention, we have received some 100 unsolicited applications from all over the world for the Eternal Employment position. 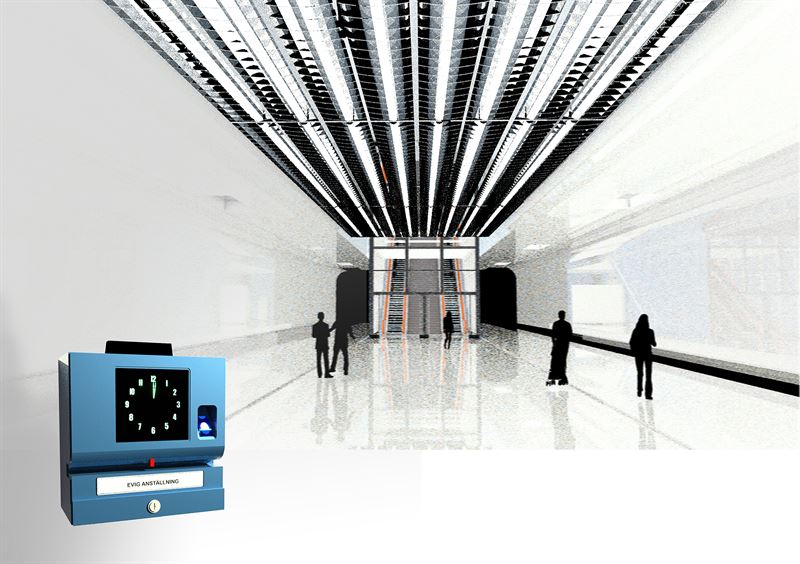 Artists Simon Goldin+Jakob Senneby’s idea-based project Eternal Employment involves creating a permanent position at the Korsvägen Station. The job and thus the content the artwork will be defined by whatever the employee chooses to do. Eternal Employment is a public artistic intervention for the Korsvägen Station in Gothenburg and will be inaugurated in 2026. Probably as a result of the international media attention we have received a large number of unsolicited applications for the position.

Many of the applicants are impressed by the social security system that a permanent job within the Swedish welfare society offers: paid holidays, parental leave, pension rights etc. Many applicants state their readiness to move to Gothenburg, learn the language and spare no effort to integrate themselves into Swedish society. Some express themselves in strong terms about society’s view of work:
“I am a 34-year-old lawyer who has worked my ass off since I was 17. I have worked eight hours a day and studied at university. I have always believed that work is undignified for people. A system that requires us to feel useful in order to be happy. It’s bullshit.”

Others wish to contribute to the common good:
“If I were selected for the eternal employment position, I would almost certainly use the first month to acquaint myself with the city. In the following months I would probably join a non-profit organisation and do something for humanity. And years later I would write a book about this experience… In brief, I would like to contribute something to humanity.”

“It is fascinating that the position in the Eternal Employment project has attracted so many people around the globe. The applicants make an effort to find us and submit applications before the position has even been advertised,” says Lotta Mossum, curator at Public Art Agency Sweden.

In an idea-based artwork, the focus is as much on the process pertaining to the artwork and the reactions it gives rise as on its possible physical form. Highlighting a certain issue, an idea-based artwork can spark debate, ideas and spontaneous reactions. The debates and the reactions will become new raw material for the artwork, which continues to develop in relation to the changed conditions. The content of the work is completely dependent upon its reception, which means that the process will continue to change over time.

“Public Art Agency Sweden’s goal is to update and expand the nature of public art. Many people tend to think of public art as a sculpture or a painting integrated in a building. In reality, however, artists work with a multitude of artistic expressions in the public domain. A fantastic example of how a public artwork can be conceptual and performative, Eternal Employment constitutes a gradual process at the station and also in people’s imaginations. It is also demonstrated how an artwork can develop in new directions just by existing in the public domain. It is difficult to imagine a similar work in a museum,” Magdalena Malm, director of Public Art Agency Sweden, explains.

- Eternal Employment is an artistic intervention at the Korsvägen Station in Gothenburg. The station is located in the centre of the city’s event district, adjacent to the Liseberg amusement park and the Swedish Exhibition & Congress Centre.
- Eternal Employment is the winning proposal for the Korsvägen Station in the competition West Link: Chronotopia and will form part of Gothenburg’s largest ever urban development project.
- The competition was juried by a distinguished panel of art experts and representatives of Public Art Agency Sweden, the Swedish Transport Administration, Gothenburg Municipality and Region Västra Götaland.
- The Korsvägen Station and the artistic project Eternal Employment will be inaugurated in December 2026. The vacancy for the position is preliminarily planned to be advertised at the turn of the year 2025.