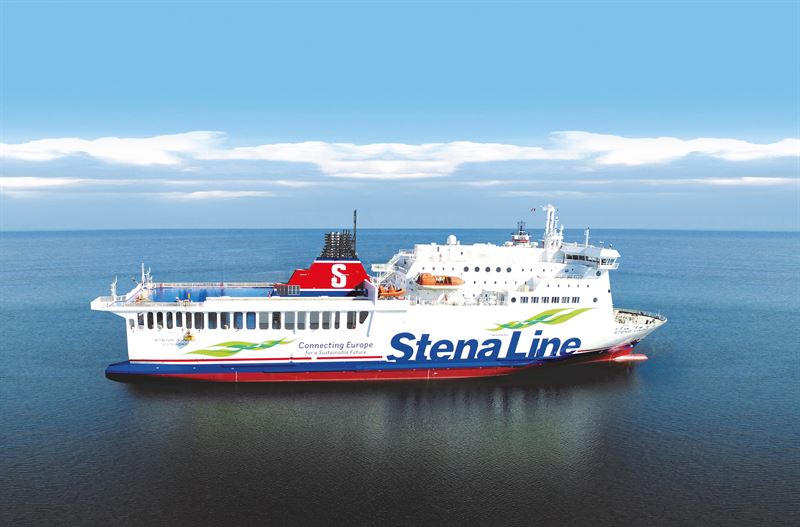 Stena Line will temporarily add capacity on the route between Travemünde in Germany and Liepaja in Latvia during several weeks in April and May. The 130 meter long vessel Stena Vinga will join the vessels Stena Gothica and Urd on the route with the first departure from Travemünde on Tuesday evening 30 March.

Stena Vinga is a modern RoPax ferry built in Holland 2005 and offers a freight capacity of 1,500 lane meters and passenger capacity of 400 persons.

“We continue to expand our operation in the Baltic Sea to support our customers. Stena Vinga is a flexible and reliable vessel that will temporarily increase the capacity on the route between Travemünde and Liepaja”, says Johan Edelman, Stena Line Trade Director in the Baltic Sea North.

The route between Travemünde and Liepaja was acquired by Stena Line in 2012, is today an important part of the European logistics network, connecting the Baltics, Russia and CIS countries with Germany and the rest of Europe. It is currently operated by the two sister vessels Stena Gothica and Urd. During 2021 they will be replaced by two modern RoPax vessels, currently not mentioned by name by Stena Line. The new vessels will increase the lane metre freight capacity on the route by 40 % and shorten the crossing time from 27 to 20 hours. This will enable a reliable transport service with a fixed timetable of 12 weekly departures on the route, six in each direction.

Stena Line´s Baltic Sea operation on the routes Ventspils (Latvia) - Nynäshamn (Sweden) and Liepaja (Latvia) - Travemünde (Germany) is managed by Stena Rederi A/S, a consolidation of Stena AB’s Danish ferry and shipping activities in Hellerup. Stena Line is one of Europe's leading ferry companies with 37 vessels and 17 routes in Northern Europe. Stena Line is part of the Stena AB Group, which has about 16 000 employees and an annual turnover of around 37 billion SEK.