All aboard!!! Stena Estrid to set sail on Monday 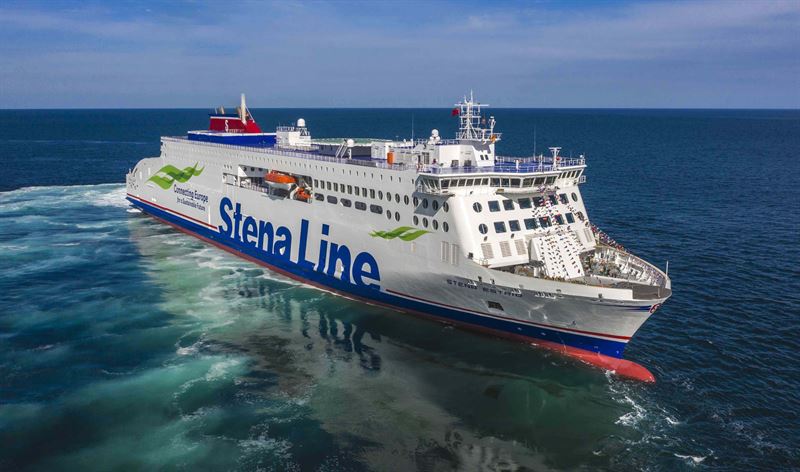 STENA LINE has confirmed that its newest ferry Stena Estridwill start service on the Holyhead to Dublin route on Monday morning (January 13).

The ship’s maiden voyage will be the 8.55am crossing from Holyhead, while its first Dublin departure will be the 2.50pm sailing from Dublin Port.

Stena Estridwill make two daily return trips on the route, as below:

A crossing time of three hours and 15 minutes will pass very quickly with a range of facilities on board for passengers to enjoy, including the ship’s spectacular Sky Bar, two Happy World children’s play areas, a relaxing Hygge reclining lounge, Stena Plus lounge, two movie lounges, bigger Truckers lounge, Taste restaurant, and a bigger better shopping experience.Described as one of the most modern ferries in the world, Stena Estridis the first of three new next generation ferries that will operate on the Irish Sea as part of a multi-million-pound investment in the region. Sister ship Stena Edda is expected to commence operations from Liverpool to Belfast this spring, with a third vessel Stena Embla to be introduced on the same route in early 2021.

At 215 metres in length, Stena Estrid isone of the most advanced vessels in operation and larger than today’s standard RoPax vessels, with space to carry 120 cars and 1,000 passengers, and a freight capacity of 3,100 lane meters, meaning a 50 per cent increase in freight tonnage.