Stena Line aims to become the most diverse shipping company in the world doubling female management by 2022. 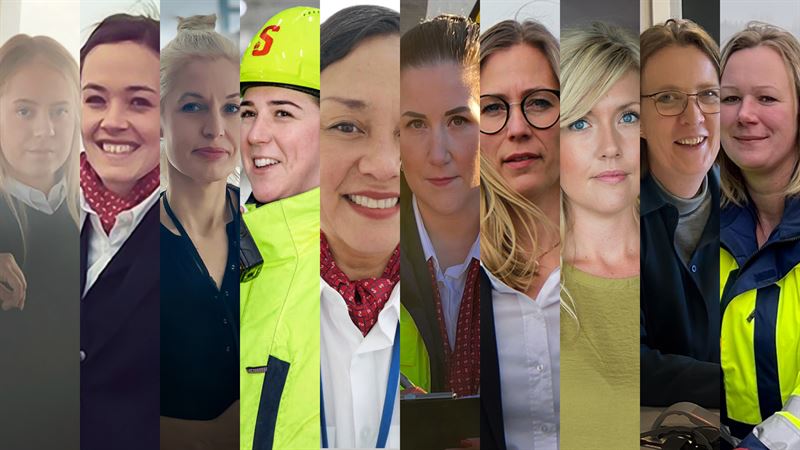 The Swedish ferry company has increased the number of female managers it employs by an impressive 42% in only 5 years and has the ambitious target of ensuring they account for 30% of all management by the end of next year.

Only a meagre 2% of the 1.2 million seafarers globally are women, so ferry company Stena Line is already doing a lot to challenge and change that. By working hard to tackle the gender gap, the company has increased the number of female managers to one out of every five it employs (20% of all managers) in only five years - an increase of 42%. But targets are much more ambitious: before the end of 2022 its intention is that 30% of all managers, on all levels of the company, shall be females; from ferries and ports to management teams and, importantly, at board level.

”We need to ensure that we can attract, recruit and keep the best talents by actively recruiting from all genders for all positions. Gender equality gives us more competence to choose from in a world where companies are competing for talent. Research shows that when companies are more equal, they are also more creative and innovative, as well as making more money”, says Margareta Jensen Dickson, Group Head of People, Stena Line.

Stena Line’s diversity ambitions are guided by the UN’s Sustainable Development Goals 5 – Achieve Gender Equality and Empower all Women and Girls – and specifically, to achieve Target 5.5 “Ensure women’s full and effective participation and equal opportunities for leadership at all levels of decision-making in political, economic and public life”.  The aim is to successfully fulfill one of the key indicators to achieving this, which is the ‘proportion of women in managerial positions’.

But the company has a much more ambitious target. Before the end of 2022, the aim is that 30% of all managers, on all levels of the company, shall be females - from ferries and ports to management teams and the company’s board. Then the long-term aim is for Stena Line to achieve total gender equality.

To reach these targets, Stena Line has implemented several actions, including:

Here are some of Stena Line’s key women working in maritime across the UK and Ireland:

You can see all the female leaders featured in the campaign here: https://www.stenaline.com/career/women-in-maritime/