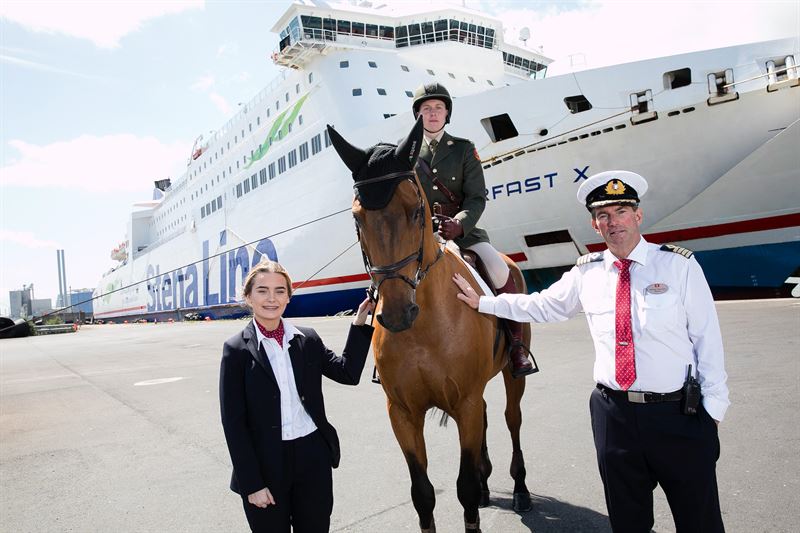 LEADING ferry company Stena Line has confirmed it is title sponsor of the Dublin Horse Show for the next two years.

The Show is not only the highlight of the equestrian calendar in Ireland but it is also one of the most iconic social events of the year attracting over 100,000 visitors each year to the famous RDS venue.

This year’s event takes place from 8–12 August at the RDS and in addition to world class international equestrian competitions it will also include a range of other activity, including over 300 shopping stalls, roving entertainment, food and drink outlets around the grounds and National Show Jumping finals for all ages. Over 1,500 horses and ponies will compete across 132 classes and competitions during the five-day event.

Diane Poole, Travel Commercial Manager Irish Sea South at Stena Line commented: “We are thrilled to confirm our title sponsor of the Stena Line Dublin Horse Show 2018 which is now in its 145th year. As Ireland’s leading ferry company, partnering with such an iconic Irish event as the Dublin Horse Show provides a perfect opportunity for Stena Line to engage directly with a wider audience and further demonstrates our commitment and support for a range of communities across Ireland.

Diane Poole added: “The show is a huge cultural event in Ireland each year, attracting thousands of horse enthusiasts from all over Ireland, UK and Europe and we hope we can help make this year’s event one of the biggest and best so far. 2018 has been a very successful year for Stena Line so far having recently been voted the Best Ferry Company by journalists for the sixth time at the annual Irish Travel Media Awards and earlier this week we confirmed that the first of our new generation state-of-the-art E-Flexer ferries currently being built in China will be deployed on our Dublin - Holyhead route in early 2020.”

“We are delighted to have Stena Line on board for this year’s Dublin Horse Show” said Michael Duffy, Chief Executive of the RDS. “The Show is considered one of the best equestrian events in the world and we operate it on a non-profit basis so to make it the best showcase for the Irish Sport Horse industry that it can be. This export-led industry is worth over €800 million to the Irish economy and is a vital component of rural Ireland’s economy. Sponsorship such as with Stena Line is vital for the success of the Show and ultimately really beneficial for the Irish Sport Horse industry.”

Stena Line is the largest ferry operator on the Irish Sea, offering the biggest fleet and the widest choice of routes between Ireland and Britain with a total of 228 weekly sailing options.