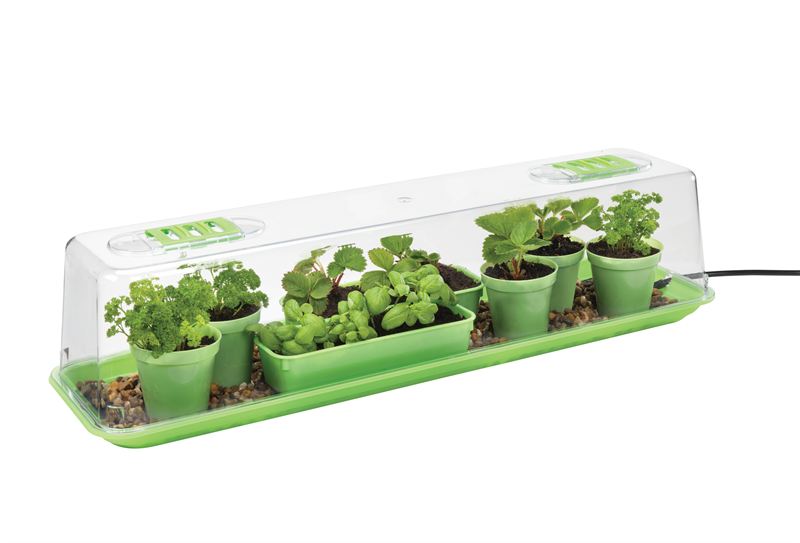 Stewart Garden, the gardening products division of UK manufacturer, Stewart, has launched a range of new products and indoor growing sets to create the Kitchen Garden collection featured in its 2012 Buyer’s Guide.

Also new is the Stewart Garden’s Herb Pot in mocha and white, which joins the highly popular lime and white model. With its patented self watering system, four removable pockets for individual planting and water reservoir for easy maintenance, sales of the Herb Pot, with an SRSP of £14.99 in both colours, look set to increase even further in the coming months.

Another highlight is the 38cm Kitchen Garden Propagator Set, complete with a deep gravel tray and vented clear cover, four growing pots and two seed trays. Also available in lime and mocha, this versatile set sells at an SRSP of £9.99.

The Stewart Garden 2012 Buyer’s Guide is the company’s first literature release since ECI invested £12 million in Stewart in a BIMBO (buy in / management buy out) in June this year, valuing the business at £17 million. The business has undergone a series of changes to its brand and corporate identity in the months since, including the creation of the Stewart Garden division and striking new packaging design. Features of the new packaging include the Grow with us strapline, reinforcing Stewart Garden’s commitment to grow your own, and subtle yet unmissable red and blue detailing underling Stewart’s position as a quality British manufacturer. For the unheated Kitchen Garden Propagator Sets, the packaging also incorporates cut-out sections, enabling consumers to engage more closely with the product.

With the increasing popularity of grow your own and concerns about seasonal eating, shopping bills and the environment, Stewart Garden’s commitment to the gardening sector is stronger than ever. Major investments are planned for new technology, new products and expanded merchandising and POS support for retailers. The company also works closely with the Carbon Trust to maintain high levels of efficiency and social responsibility.

For more information contact Sara Tye at redheadPR on 07786 176 617 or email sara@redheadpr.co.uk.

Formed in 1945, Stewart is the UK market leader in the manufacture and supply of technical plastic moulded products for the gardening, home and professional catering sectors. The company offers a large range of products in its portfolio ranging from garden planters and propagators, to food containers and specialist storage products. The company employs 75 people in Croydon and enjoyed a turnover in 2010 of £13 million.

In June 2011 ECI, the mid-market private equity specialist, invested £12 million in the company in a BIMBO (buy-in / management buyout) deal that valued the business at £17 million. A new management structure saw Richard Butler join as Group CEO. Butler has significant knowledge of the advanced technical plastics sector, having worked for leading manufacturers in the aerospace and automotive sector. Lee Mowle, the previous owner and CEO, became Managing Director of the gardening and catering divisions, retaining a substantial shareholding in the company.

In the months following the BIMBO, Stewart made a series of changes to its brand and corporate identity and established discrete divisions for the core sectors it serves.

Stewart Garden produces grow your own products, watering, pots, propagators and garden accessories. These are available in over 1000 outlets across the UK and Eire including major DIY outlets such as Homebase and Wilkinsons and garden centres across the UK such as Dobbies and Klondyke/Strikes, The Garden Centre Group and some 600 plus independent garden centres. Having achieved a dominant position in the domestic market by offering durable, lifestyle-driven value for money products. The company continues to invest heavily in new product development.

Stewart Garden plays a full and active role in the gardening and leisure industry through its membership of:

Stewart won the House Beautiful Best Product Garden Category in 2005 and the Klondyke Dry Goods Supplier Award in 2010. The company was a GIMA Awards - POS Finalist in 2009, and Best of British Finalist in 2011. Its Heat and Grow Thermostatic Propagator was top in the Which? Gardening Best Buy test on windowsill propagators 2011.

Other divisions recently established under the Stewart umbrella are:

Each division of Stewart is BS ISO 9001-2000 accredited and operates from the company’s manufacturing, warehousing and distribution centre in Croydon, Surrey. 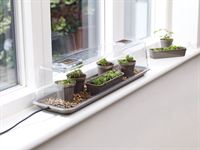