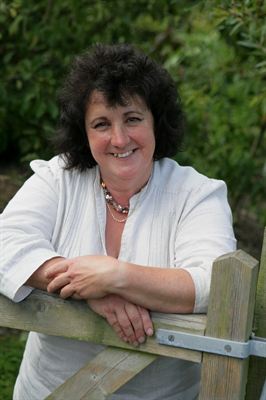 Following exceptionally high demand for places in its Schools campaign, Stewart Garden has announced that the competition has exceeded its entrants target within a month of its launch at Glee 2012.

Stewart Garden Schools is being run in association with grow your own specialist and regular broadcaster, Pippa Greenwood, to inspire young children to embrace ‘Grow Your Own’. Worldwide electronics and manufacturing company, Brother, is also donating towards the campaign, following discussions that took place at Glee. Launched with the aim of attracting 100 participating schools, the campaign is now closed to new entrants having accepted 135 applications.

Over the coming months, Stewart Garden and Pippa Greenwood will judge the progress of the participating schools and draw up a shortlist of five, from which the winner will be chosen. The winning school will receive £2,000 to be spent at their Stewart Garden Schools garden centre. The second and third placed schools will receive £1,500 and £750 respectively, also for purchases at their nominating garden centre.

Calendar of activity for this campaign:

May 2013                          Schools are encouraged to visit www.stewart-garden.co.uk for updates and to upload their photos to Facebook over the next couple of months to demonstrate their progress

Commenting on the widespread enthusiasm for the campaign, Richard Butler, CEO at Stewart Garden said, “We’re delighted that Stewart Garden Schools has proved so popular so early. Clearly, grow your own has captured the imagination of young minds across the country. Our participating schools are spread all across the UK – from the Isle of Wight to Newcastle. Many of these schools already have established gardens, while others are taking their first steps into grow your own. We will be on hand to give them the help and advice they need.”

Pippa Greenwood is one of Britain’s most popular gardening broadcasters. She has presented a number of television and radio programmes.

Stewart Garden and Pippa Greenwood work together to help consumers improve their understanding of growing fruit and vegetables at home and support retailers in this increasingly popular market sector.

Pippa has several regular writing commitments including BBC Gardeners’ World Magazine and a monthly page in NFU Countryside Magazine. For eighteen years Pippa was the gardening columnist for The Mirror newspaper.

Stewart is the UK market leader in the manufacture and supply of technical plastic moulded products for the gardening, home and professional catering sectors. The company offers an extensive portfolio of products ranging from garden planters and propagators, to food containers and specialist storage products. Three specialist divisions also work across the aerospace, automotive and medical industries.

The company employs 70 permanent staff and 30 seasonal workers at a purpose-built 178,000 sq ft facility in Banbury, Oxon, which opened in September 2012. The factory and distribution centre includes state of the art machinery giving Stewart a world class advantage over its UK competitors.

Stewart is headed by CEO Richard Butler who built his career in the technical plastics and rubber sector and has worked for leading manufacturers in the aerospace and automotive sector.

Originally established in 1945 the company was the subject of a BIMBO (buy-in/ management buyout) in June 2011.  ECI, the mid-market private equity specialist, invested £12 million in the company in a deal that valued the business at £17 million.

Stewart Garden produces grow your own products, watering, pots, propagators and garden accessories and sundries. These are available in over 1600 outlets across the UK and Eire including major DIY outlets such as Homebase and Wilkinsons and garden centres across the UK such as Dobbies and Klondyke/Strikes, The Garden Centre Group and some 600 plus independent garden centres.

Stewart Garden plays an active role in the gardening and leisure industry through its membership of:

Stewart won the House Beautiful Best Product Garden Category in 2005 and the Klondyke Dry Goods Supplier Award in 2010. The company was a GIMA Awards - POS Finalist in 2009, and Best of British Finalist in 2011. It’s Heat and Grow Thermostatic Propagator was top in the Which? Gardening Best Buy test on windowsill propagators 2011.

Other Stewart divisions are:

Each division of Stewart is BS ISO 9001-2000 and TS16949 accredited and operates from the company’s manufacturing, warehousing and distribution centre in Banbury, Oxon.