Stewart, the UK manufacturer and distributor of gardening products, catering supplies and homewares, has completed the development of its new facility at Banbury as it moves from its Croydon home of 67 years.

The move follows a nine-month site development process involving 30 local and national contractors and will enable Stewart to demonstrate that UK businesses can compete on manufacturing cost and quality with the world’s leading plastics manufacturing groups.

Stewart employs 70 permanent staff and a further 30 seasonal workers at the new Banbury facility, the same size workforce it employed at Croydon. All staff were offered the opportunity to move with the company and retain their jobs.

At 178,000 sq ft, the new site has a significantly larger footprint than Stewart’s old Croydon premises, allowing for improvements and upgraded processes at the every stage of production, warehousing and transportation.

The main garden products warehouse comprises 21 aisles where picking is performed by new Person-Up Linde K and V trucks. Over 12,000 pallets can be stored at the Banbury facility (a 50% increase over Croydon), with some 300 processed every day.

Facilities for hauliers are also impressive. Along the overnight parking bays and one way traffic system three canopied loading bays and waiting space for a further 20 trucks, complete with rest area and refreshment facilities for drivers.

Stewart’s own staff, meanwhile benefit from welfare rooms, showers and a contemporary working environment in the brand new offices situated within the facility. The site also features a purpose-designed showroom and patio garden area for displaying and demonstrating products and point of sale equipment to Stewart’s retail and wholesale customers.

Richard Butler, Group Chief Executive at Stewart, said: “We are delighted to have completed this move. It means we can invest in world-beating products and manufacturing processes and consolidate our position as a quality UK manufacturer for many years to come. And, as we supply more than 1,600 garden centres, retailers and other customers across the UK, the Banbury location is also ideal for distribution and logistics.

Stewart is the UK market leader in the manufacture and supply of technical plastic moulded products for the gardening, home and professional catering sectors. The company offers an extensive portfolio of products ranging from garden planters and propagators, to food containers and specialist storage products. Three specialist divisions also work across the aerospace, automotive and medical industries.

The company employs 70 permanent staff and 30 seasonal workers at a purpose-built 178,000 sq ft facility in Banbury, Oxon, which opened in September 2012. The factory and distribution centre includes state of the art machinery giving Stewart a world class advantage over its UK competitors.

Stewart is headed by CEO Richard Butler who built his career in the technical plastics and rubber sector and has worked for leading manufacturers in the aerospace and automotive sector.

Originally established in 1945 the company was the subject of a BIMBO (buy-in/ management buyout) in June 2011. ECI, the mid-market private equity specialist, invested £12 million in the company in a deal that valued the business at £17 million.

Stewart Garden produces grow your own products, watering, pots, propagators and garden accessories and sundries. These are available in over 1600 outlets across the UK and Eire including major DIY outlets such as Homebase and Wilkinsons and garden centres across the UK such as Dobbies and Klondyke/Strikes, The Garden Centre Group and some 600 plus independent garden centres.

Stewart Garden plays an active role in the gardening and leisure industry through its membership of:

Stewart won the House Beautiful Best Product Garden Category in 2005 and the Klondyke Dry Goods Supplier Award in 2010. The company was a GIMA Awards - POS Finalist in 2009, and Best of British Finalist in 2011. It’s Heat and Grow Thermostatic Propagator was top in the Which? Gardening Best Buy test on windowsill propagators 2011.

Other Stewart divisions are:

Each division of Stewart is BS ISO 9001-2000 and TS16949 accredited and operates from the company’s manufacturing, warehousing and distribution centre in Banbury, Oxon.

Richard Butler joined Stewart as CEO in May 2011. His appointment came as part of a £12million BIMBO (Buy-in/management buyout) by private equity specialist ECI. At that time Stewart was valued at £17million. Since then it has undergone a restructure and rebrand and has moved into a new purpose built factory in Banbury. Richard brings his extensive experience and success in the aerospace and automotive sector to Stewart.

Richard was previously Divisional CEO and main board Director with a £1billion international engineering business with a product range from automotive fastening components to composite aircraft components and formula racing cars. He was with the company from 2004-2011 when its Engineering and Vehicle Group became a major Tier 1 manufacturer with global sales of $400million to the industrial and automotive markets.

Between 1999-2004 he worked in a number of senior operational positions with a Polymers Group which specialised in manufacturing and supplying rubber and plastic moulded products and assemblies to the industrial, automotive and aerospace sectors.

Richard started his management career as General Manager for Tull International (plastic moulding) and when he sold the company to the Ross Group PLC he became Group Operations Director at the age of 25. He later joined HPP Ltd as Managing Director and shareholder, overseeing its sell out to the United Polymers Group in 2001.

Richard is an engineer and still enjoys time in his workshop and is married with three children and three grand children. Richard plays chess at County level and also races in motor sport in his spare time. 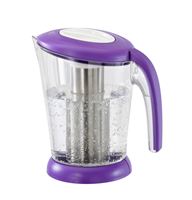 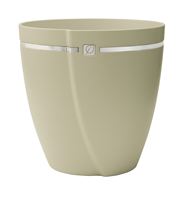 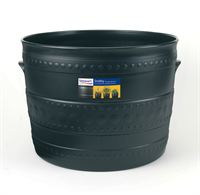