A new study by an international team of environmental scientists in the Brazilian Amazon shows that redesigned conservation projects could deliver big gains for critical freshwater ecosystems – raising hopes for the futures of thousands of species.

Although it occupies less than 1% of the Earth’s surface, freshwater hosts around 10% of all known species – including a third of all vertebrates. It is also vital for regulating climate, and as a source of food and fuel for local people.

Despite their critical nature, freshwater ecosystems are far more imperilled than their land and marine counterparts. Over the last 50 years, populations of freshwater vertebrates have plummeted by 83% – more than twice the fall of terrestrial and marine vertebrates, which have declined by around 40% over the same period. 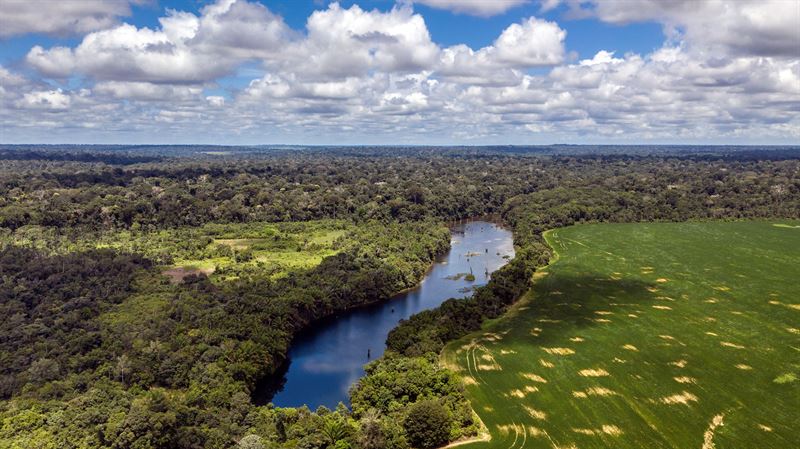 This dramatic fall in freshwater biodiversity has been caused through land-use change and exploitation of natural resources, with these pressures now being amplified by additional stresses such as climate change, microplastics and biochemical pollution.

The research was motivated by how much aquatic ecosystems are overlooked in conservation strategies, and examined how well freshwater species are protected through conservation efforts directed at land species.

Dr Cecilia Gontijo Leal, lead author of the study, from the University of São Paulo and University of Lavras in Brazil, stated that “it is often assumed that aquatic species will be protected ‘by chance’ when terrestrial species are conserved, but worryingly our study showed that land-based conservation initiatives are likely to protect just 20% of the freshwater species that would have been protected through freshwater-focused conservation”. However, on a more positive note, the research also demonstrated how massive conservation gains can be achieved by bringing freshwater species into conservation planning.

Co-author of the study Dr Gareth Lennox from Lancaster University said: “Through integrated planning that incorporates information on both freshwater and land species, we found that protection of freshwater species can be increased by up to 600% with no reduction in land species protection. This presents a great opportunity for conservation, where protection for one species group does not require either losses of protection for others or significant funding increases.”

The study also makes recommendations for improving the effectiveness of conservation interventions in regions where data on aquatic species are sparse or non-existent. In another breakthrough the team found that by designing networks of conservation reserves that take into account data on the connectivity of river systems – that is widely available – it is possible to still double the protection of freshwater systems. “This shows that there are few impediments to vastly improving freshwater conservation in data-poor regions of the world,” said Professor Silvio Ferraz of the University of Sao Paulo and collaborator on the study.

Dr Toby Gardner, Senior Research Fellow at Stockholm Environment Institute, and a co-founder of the Sustainable Amazon Network of researchers that are behind the project, summed up the implications of the study:

“In the week of the UN Summit on Biodiversity it is no longer possible to ignore the urgency of the biodiversity crisis now facing humanity. As heads of state from across the world call for urgent action on biodiversity for sustainable development and set out a new framework for global biodiversity post 2020, we cannot afford to overlook the particularly perilous state of freshwater ecosystems. Our research shows that by taking a more holistic approach and planning jointly for terrestrial and freshwater conservation targets we can significantly improve the outcomes we so urgently need.”

Although the study did not address specific conservation methods for freshwater or terrestrial species, it can be used as a guide to identify priority areas elsewhere, which will inform the development and deployment of the most suitable conservation methods.

The team behind the study includes researchers from 18 Brazilian, UK, Swedish and Australian research institutes, including the University of Sao Paulo, the Brazilian Agricultural Research corporation Embrapa, Lancaster University and Oxford University in the UK, and the Stockholm Environment Institute.

The research team is part of the Sustainable Amazon Network (Rede Amazônia Sustentável, RAS), a multidisciplinary international research and learning network tackling the challenge of making tropical land usage more sustainable. RAS promotes dialogue between scientists and decision makers at different levels of government (local, regional and federal) and is committed to the importance of science communication.

Please find images relating to this study. Photos and videos must be credited if used – photographers’ names are in the title of each image.

Authors are available for interviews in English and Portuguese.