New data on the sustainability of global trade reveals the commodities, regions and supply chains with the largest deforestation impacts, including in the Amazon, Cerrado and Gran Chaco biomes, showing where efforts should be targeted to drive down deforestation linked to the production of commodities such as beef, soy and palm oil.

Oxford, United Kingdom, and Stockholm, Sweden (2 July 2020)—A new assessment of the sustainability of global trade in agricultural commodities, Trase Yearbook 2020, identifies the handful of hotspots, commodities and companies that are behind the majority of tropical deforestation linked to this trade.

Toby Gardner, director of Trase, a joint initiative of the Stockholm Environment Institute and Global Canopy, and one of the lead editors of the report said, “Our data pinpoints deforestation hotspots linked to top exports and markets and show time and time again that most of the problem is concentrated in a handful of suppliers, and a handful of places. These insights are incredibly powerful as they provide entry points for action—by companies, governments and investors—that can catalyze and direct enforcement, investment and engagement to where it is needed the most.”

Using unique supply chain data that links commodity production, specific trading companies and consumer markets, the Trase Yearbook 2020 shows how between 50% and 70% of all exports of soy, beef and palm oil produced in Brazil, Paraguay, Argentina and Indonesia is handled by the top five exporters for each commodity. 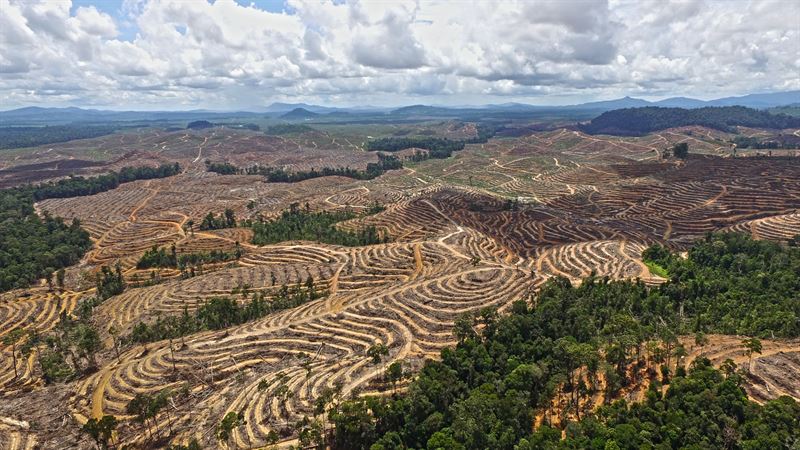 Critically, for the first time, the data also reveals how more than half the deforestation linked to these three traded agricultural commodities occurs in 5% or less of the total area where the commodities are produced. Exports from these deforestation hotspots are destined for specific markets in Europe, but increasingly in China and emerging economies.

The hotspots identified by Trase are often in places that have attracted little international attention, such as the Brazilian Cerrado and the Gran Chaco dry forests of Latin America. While the largest buyers and markets for commodities such as soy and beef are typically linked to the greatest impacts, buyers that source disproportionately from these hotspots have carbon footprints that can be up to 10 times that of the average buyer.

The Yearbook reveals that, while the EU imports less soy than China, and has stronger deforestation commitments, over the last decade its imports are linked to more deforestation per ton. This is because it sources greater volumes from deforestation hotspots. For example, the carbon footprint of soy imports to Spain—Europe’s largest consumer of the commodity—is, on a per-ton basis, six times larger than that of China, the largest buyer of soy, beef and palm oil produced in the tropics globally.

However, once again the report reveals how these impacts are often highly concentrated, showing that:

The Yearbook finds that across different commodities, on average companies with voluntary zero-deforestation commitments are not yet performing better than those without, while the majority of exports of key commodities such as beef are still not covered by a commitment.

Helen Bellfield, lead editor of the Yearbook and Trase lead at Global Canopy, said, “In many countries the rate of agricultural deforestation has come down from the peak years of a decade ago. But the lack of progress in implementing zero-deforestation commitments and recent upticks in deforestation in some areas, including the Brazilian Amazon, underlines how fragile these gains are. Companies and governments need to target implementation. Trase data provide a major step forward in our ability to assess the effectiveness of implementation efforts.”

Trase is a science-based supply chain transparency initiative, built around an open-access information platform. Trase is a partnership between the Stockholm Environment Institute (SEI) and Global Canopy. It uses a unique approach to mapping agricultural supply chains that combines customs, shipping, tax, logistics and other data to connect regions of production, via trading companies to countries of import. Further details at www.trase.earth.

Stockholm Environment Institute is an international non-profit research and policy organization that tackles environment and development challenges. We connect science and decision-making to develop solutions for a sustainable future for all. Across our eight centres in Europe, Asia, Africa and the Americas, we engage with policy processes, development action and business practice throughout the world. www.sei.org

Global Canopy is an innovative environmental organisation that targets the market forces destroying tropical forests. Since 2001, we have been testing new approaches to tackling deforestation, and guiding companies, investors and governments worldwide to think differently about our planet’s forests. www.globalcanopy.org