Stockholm Pride has decided to support Mozaika, Rigas LGBTQ-organization, with €4000 to help them in their arrangement of Baltic Pride. The money comes from Stockholm Prides solidarity fund which purpose is to support Pride festivals at more vulnerable places. 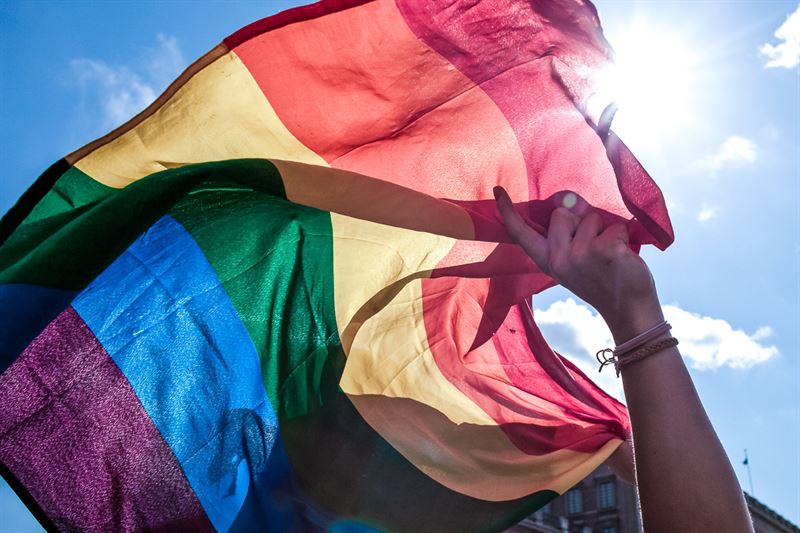 – Stockholm Pride wants to actively take part in the global Pride movement. The work Mozaika is doing is truly important and we are proud to be able to support them in arranging Baltic Pride, says Britta Davidsohn, president of Stockholm Pride.

According to latest ILGA-Europe Rainbow map and Rainbow index (released on 14th of May 2018) Latvia is firmly in the last place in the EU with a worrying number of 16% in the rights for LGBTI people. That is not only the lowest in the EU but also only 5% more than in Russia. Currently legal situation of LGBT people in Latvia in much closer to Russia and Belarus than to Western Europe.

This is extremely dangerous tendency, especially taken in context with CIVICUS Monitor recent conclusion that in the last two years civic space in Latvia has been “deliberately” restricted. As a result CIVICUS monitor has downgraded Latvia to a 'narrowed' democracy due to shrinking civil society space and decline in respect for fundamental freedoms in the country.

- At such critical situation to democracy and human rights it is especially important to uphold freedom of assembly and march at the pride! Baltic Pride 2018 in Riga will gather those who feel threatened by this dramatic decline in rights and democracy in Latvia. Support to Baltic Pride at this point is absolutely essential! We applaud and thank Stockholm Pride for taking this solidarity action! It means the world to LGBTI community in Latvia to have allies and friends who don't just look away from troubled regions in Europe, says Kristine Garina, chair of Association of LGBT and their freinds Mozaika.

The arrangement of Baltic Pride alternates between the three Baltic countries. In 2015 EuroPride took place in Riga and Stockholm Pride attended the festival to take part of it and to show our support.

Even this year Stockholm Pride will be there, and now together with West Pride to show our support and to promote our cohosted event EuroPride 2018.

Stockholm Pride is since 1998 the largest Pride festival in the Nordic countries and is working for visibility of human rights regarding LGTB and to create a safe space for homosexuals, bisexuals, transgenders, queers and other groups within the LGBTQ-community.

EuroPride is a pan-European international LGBT event featuring a pride parade, hosted by a different European city each year. The host city is usually one with an established gay pride event or a strong LGBT community. When voting for the host city, experience of the organisers, political significance of the event for the region and host city’s gay friendliness all come into play.

EuroPride licence is held by European Pride Organisers Association (EPOA), an umbrella organisation for European pride organisers. The host city of EuroPride is voted on at the annual general assembly of EPOA and therefore is chosen by EPOA member organisations.

EuroPride was first celebrated in London in 1992.