There is a serious shortage of Norway spruce seeds in storage in Sweden. The situation is such an emergency that availability of plants and seeds could be limited by as early as next spring. Luckily, this year’s spruce trees are blossoming beautifully, and major efforts are being made to ensure that flowers and cones are not damaged by attacks or infestations. 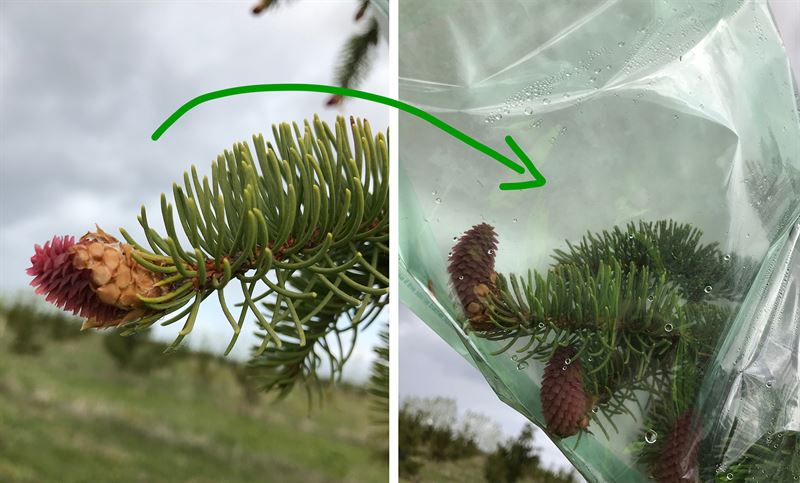 The shortage of spruce seeds has already been a problem for a long time, principally in Götaland and central Norrland. It’s now so serious that there is a risk that the availability of seeds and plants will be limited. There are several factors which have caused the spruce seed shortage.

One of the reasons for the seed shortage is that the right weather conditions are essential for spruce to flower in large numbers, and this only occurs every seven to ten years. The most recent mass flowerings happened in 1989, 1995, and 2006.

- We’ve been waiting for a major flowering to occur for a long time now, says Finnvid Prescher, senior advisor at Svenska Skogsplantor, who has worked on seed plantations for many years. Warm, dry weather in the weeks around Midsummer’s Day are necessary to give the spruce the best pre-conditions for flowering during the next year, he adds.

The second and most difficult problem is spruce cone rust, a fungal disease that infects spruce flowers in the spring and ruins the development of the cones. Spruce cone rust attacks have become more and more aggressive, and there is a risk that these attacks will destroy a large number of seeds. There are no control measures permitted at present, and currently there’s only limited knowledge of both the disease’s origins and protective measures to use.

A third reason is insect infestations. There are seven different species which attack spruce cones and seeds, two of which can be controlled with biological substances.

In order to remedy the lack of spruce seeds, Svenska Skogsplantor is investing large sums of money into a number of projects. These projects are primarily aimed at protecting the seeds from spruce cone rust.

- In 2018, the weather conditions were good. What we’ve seen so far this spring looks very promising with large scale flowering in a lot of places. For this reason, we’ve initiated several activities to ensure the seed harvest. These are unique trials which are very time-consuming, but we don’t have any other choice, says Finnvid Prescher.

The projects Svenska Skogsplantor are currently carrying out consist of:

- We’re doing our best at the moment to ensure a good seed harvest in autumn and alleviate the shortage. At the same time, we’re learning more and more about how to protect the spruce flowers against future attacks, says Finnvid Prescher.

Besides the stated activities, the big plantation owners are also carrying out cross-industry projects together. They include a research program which is being financed to investigate how the spruce can be protected against attacks and how they can be stimulated to flower more often. 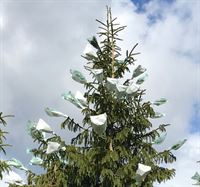