Ripasso Energy AB signs a letter of intent with Glencore for the installation of at least 44 and no more than 136 PWR BLOK units in South Africa. The value runs to between SEK 240 and 740 million (EUR 22-68 million) and the units would reduce carbon dioxide emissions by between 154,000 and 476,000 tonnes/year. The project may become the largest waste-to-energy (“WtE”) project of its kind ever implemented in Africa. 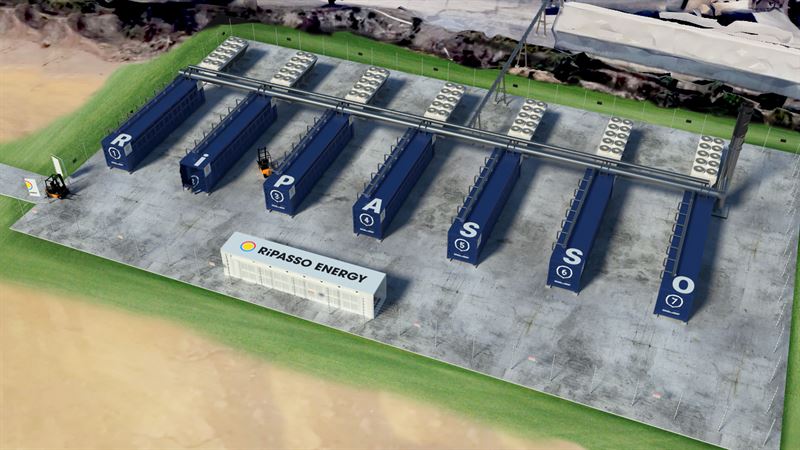 The Swedish clean tech company Ripasso Energy AB has signed a letter of intent with Glencore Operations South Africa (Proprietary) Limited for the installation of at least 44 and no more than 136 PWR BLOK units at Glencore’s Lydenburg facility and/or its Lion facility in South Africa. The aim is to enter into a five to eight-year agreement under which Ripasso Energy will harness and extract energy from the facilities' residual gases, thereby generating electricity that Glencore undertakes to purchase. According to the letter of intent, the parties intend to enter into binding agreements by 31 March 2019 at the latest.

"We have been able to show in a very short time that the Stirling engine and the PWR BLOK are the best solution for harnessing residual gas energy, both from a cost perspective and an environmental one. One of the world's largest mining companies choosing to sign a letter of intent gives us the opportunity to prove the technology at scale,” says Gunnar Larsson, CEO of Ripasso Energy.

The available residual gas at Glencore's facilities at Lion and Lydenburg gives Ripasso the opportunity to build a plant with capacity of at least 18 MW, with the potential to expand capacity to a total of 54 MW. The project may become the largest waste-to-energy project of its kind in Africa. The solution reduces Glencore's carbon dioxide emissions caused by electricity consumption by between 154,000 and 476,000 tonnes/year.

Ripasso Energy is a Swedish clean tech company founded in 2008 with a mission to further refine the incomparable ability of Stirling technology to convert thermal energy to electricity. The company offers a variety of solutions enabling power generation at record-low prices compared to other climate-friendly and sustainable alternatives. Ripasso Energy’s Stirling engine can handle a wide range of fuels. The company’s latest product, the PWR BLOK 400-F, converts industrial residual and flare gases into electrical energy at a high rate of efficiency. The company’s shares are listed in Sweden (on the NGM Nordic MTF), and can also be traded on the Börse Stuttgart in Germany. Read more at www.ripassoenergy.com.

Ripasso Energy is required to disclose this information in accordance with the EU Market Abuse Regulation. The information was submitted for publication at the initiative of the above contact person on 1 October 2018 at 08:45 CET.