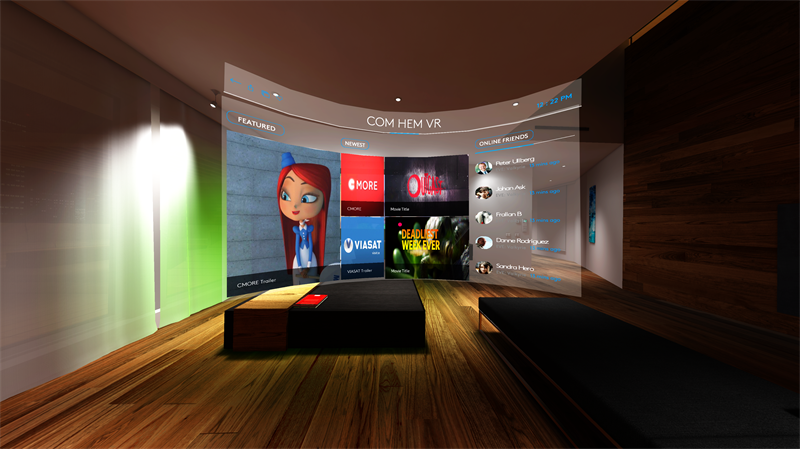 Leading Nordic TV-distributor Com Hem has developed Com Hem Play VR, a concept for testing the service in a virtual reality-based environment. The test is a proof of concept and a step in Com Hem’s efforts to constantly improve its customers’ television experience and explore new potential platforms.

Com Hem Play VR invites viewers into Com Hem’s virtual living room, offering a 360° tour. From the sofa, viewers can choose from among the programmes on the screen in front of them by clicking the eye glasses. They can also invite friends to join them on their virtual television sofa.

“Com Hem Labs regularly tests new concepts that enable us to offer our customers the television of tomorrow. Some ideas never leave the concept stage, while others do. We will continue to develop Com Hem Play VR so that the platform is ready when the technology is ready to be launched to the consumers,” says Emma Svalin Sahlman, Director of Operations at Com Hem AB.

The platform is designed for HTC Vive and Oculus Rift.

“We know that a few television networks have said that they intend to start producing VR material, but there is not much content available as yet. The technical aspect has to be resolved first which is why we are taking these measures and we plan to continue testing,” concludes Svalin Sahlman.

Com Hem Play VR will be unveiled for the first time to those attending DreamHack Summer 2016 in Jönköping, Sweden, 18–21 June, 2016.

Notes to the editors:

Other projects by Com Hem Labs
Press release from January 4, 2016: The tv is moving into your smart watch

About Com Hem
Com Hem offers broadband, TV, play and telephony services to Swedish households and companies. Approximately 40% of the country's households are connected to Com Hem's network, making Com Hem an important driver of digital Sweden. We offer broadband speeds of up to 1 Gbit/s and a wide range of channels via digital TV at home or mobile via Com Hem Play. The company was founded in 1983 and has approximately 1,200 employees including about 700 within customer service. Com Hem is headquartered in Stockholm and operates through three subsidiaries; Com Hem AB, Phonera Företag AB and iTUX Communication AB. In 2015, Group sales totaled SEK 5,000 million. Since 2014 the Com Hem share is listed on Nasdaq Stockholm. www.comhemgroup.se. 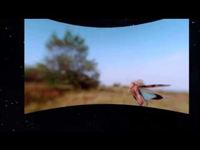