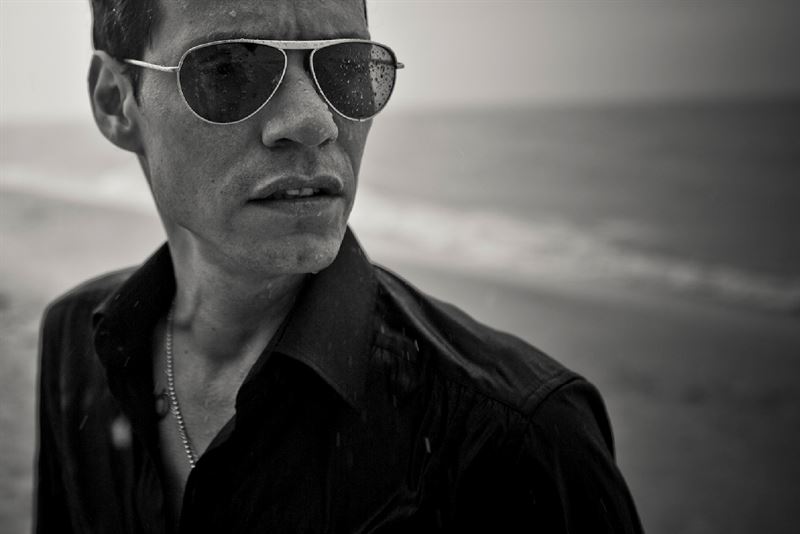 Renowned Latin pop super star, composer, actor, record and film producer, Marc Anthony, is up for the Tropical Artist of the Year, Solo award. Boasting a successful artistic career that spans 31 years, Anthony is also the top selling tropical salsa artist of all time, having sold more than 12 million albums worldwide. The award-winning artist has 53 charted titles on Hot Latin Songs, eight of which went No. 1, including the mega hit “Vivir Mi Vida” which topped the chart for 17 weeks, and 50 charted titles on Latin Airplay, 11 of which hit No. 1 including “Vivir mi Vida” which ruled for 14 weeks. He also counts with 55 total charted titles on Tropical Songs Airplay, 30 of which went No. 1, including the hits “Celos”, “Que Precio Tiene el Cielo” and “Vivir Mi Vida” and a total of 14 entries on Top Latin Albums, eight of which went No. 1, including the hit titles Desde Un Principio: From The Beginning which ruled for 13 weeks and Libre which reigned for 14 weeks.

The King of Bachata, Romeo Santos, who is up for five awards this year, has 34 charted titles on Hot Latin Songs, seven of which hit No. 1, including “Promise,” featuring Usher, and “Odio,” featuring Drake. The Latin pop singer, songwriter, actor, and record producer has 13 No. 1s on the Tropical Songs chart, and boasts 29 charted titles on the Latin Airplay chart, 16 of which went No. 1, including his first chart topper, “You” in 2011. He has four No. 1 titles on the Top Latin Albums chart.

Mexican American, singer, songwriter and actress, Becky G, is a finalist for Hot Latin Songs Artist of the Year, Female. She is in the midst of a 2019 US and International tour and is currently working on Spanish and English albums. Becky G has recorded collaborations with many top Latin artists including Pitbull, Daddy Yankee, Bad Bunny, Yandel and CNCO, and her achievements include 11 charted hits on Hot Latin Songs, two of which went top 5: “Mayores” featuring Bad Bunny and “Sin Pijama” with Natti Natasha. Her first entry in top 10, "Can't Get Enough," featuring Pitbull (her first chart entry), peaked to No. 10 in June 2014.  “Mayores” and “Sin Pijama” also reached no.1 in the Latin Airplay chart in 2018 and entered the Hot 100 chart peaking at No. 74 and No. 70 respectfully. As an actress, Becky G has also had starring roles in A.X.L and Power Rangers and has been a guest star in the Emmy Award winning series Empire.

Prolific Puerto Rican reggaeton rapper, singer and record producer Wisin, up for three awards this year, is also known as a member of the reggaeton duo Wisin & Yandel. In his 21-year career, he has had many hits including his featuring role on Enrique Iglesias’ “Duele El Corazón” which hit No. 1 on Hot Latin Songs and Latin Airplay charts and remained atop the charts for 14 and 11 weeks, respectively. Other titles that made it to No.1 on the Latin Airplay chart, include: “Que Viva La Vida” (2013), “Nota de Amor” (2015 – Wisin & Carlos Vives, featuring Daddy Yankee), “Vacaciones” (2016), “Como Antes” (2017 - Yandel featuring Wisin), and “Me Niego” (2018- Reik featuring Ozuna & Wisin), all ruled the chart for two weeks.  In 2018, Telemundo announced Wisin as a coach on La Voz, the Spanish-language version of NBC’s singing-competition The Voice.

The exciting pop rock Mexican band Reik currently has 19 charted titles on Hot Latin Songs, three of which went top 10, including “Inolvidable” which peaked at No. 3 (Jan. 2009), “Ya Me Enteré” which peaked at No. 6 (Sept. 2016) and “Me Niego,” featuring Ozuna and Wisin, which peaked at No. 6 on May 2018, ruling for two non-consecutive weeks. Up for four awards this year, Reik has a total of 21 entries on the Latin Pop Airplay chart, two of which went to No. 1, including “Me Niego” for three nonconsecutive weeks, and “Amigos con Derechos,” with Maluma, which hit No. 1 in Nov. 2018. Their album Des/Amor debuted at No. 1 on the Top Latin Albums chart on July 30, 2016.

Puerto Rican rapper and singer Anuel, a four-time finalist this year, is considered one of the pioneers of the Latin trap movement. He rose to prominence following the hit "Esclava" alongside Bryant Myers, Almighty and Anonimus. His first single hit "Sola" was very well received and was followed by a remix featuring Daddy Yankee, Wisin, Farruko, and Zion & Lennox. He earned his first No. 1 on the Top Latin Albums chart on July 28, 2018 with album debut Real Hasta La Muerte. On the Hot Latin Songs chart, he went to No. 1 through his featuring role on 6ix9ine’s “Bebe” on Sept. 18, and in both Latin Airplay and Latin Rhythm charts, he garnered a No. 1 with “Ella Quiere Beber” with Romeo Santos on Feb. 2019.

Brazilian, singer, songwriter and actress, Anitta is a finalist for Social Artist of the Year. Anitta went from an unknown to singing in the Olympic Games to becoming one of Brazil’s biggest stars. She first rose to national fame in 2013 after releasing the single "Show das Poderosas", which reached the top of the Brazil Hot 100 Airplay chart. In 2017, she was chosen by Billboard as the 15th most influential artist in the world in social networks, getting ahead of artists like Lady Gaga, Shakira and Rihanna. She currently has three hits charting on Hot Latin Songs, including one top 10: “Downtown” with J Balvin, which peaked to No. 14 on Jan. 12, “Machika” with J Balvin and Jeon, which debuted at No. 10 on Feb. 3, 2018, and “R.I.P.” with Sofia Reyes and Rita Ora which debuted at No.19 on March 30th. She also has two hits on the Latin Airplay chart, including “Machika” which went No.1, and which also topped the Latin Rhythm airplay chart in 2018.

Two-time finalist, Latin pop Colombian singer and songwriter, Sebastian Yatra first became known for his featuring on Cali y El Dandee’s “Por Fin Te Encontré” which also featured artist Juan Magan and topped the Tropical Airplay chart for one week in Sept. 2016. But it was his debut album Mantra, which reached No. 3 on the Top Latin Albums chart and hit No. 1 on the Latin Pop Albums chart in June 2018, where it remained for two consecutive weeks, that made him a household name. He currently has seven total charted titles on the Latin Airplay chart, two of which hit No. 1 and topped the tally for one week, including “Robarte Un Beso” with Carlos Vives (Jan. 13, 2018) and “Ya No Tiene Novio” with Mau y Ricky (Dec. 15, 2018).

Exclusive content about this year’s three-hour ceremony, as well as the complete list of finalists, can be found at PremiosBillboard.com, the official website of the 2019 Billboard Latin Music Awards. Fans can be part of the action of the star-studded event following @LatinBillboards across Instagram, Facebook, Twitter and Snapchat as TeamTelemundo, and join the conversation using #Billboards2019.

The awards are the culmination of Billboard’s Latin Music Week, which takes place April 22-25 at The Venetian in Las Vegas. Now in its 29th year, Latin Music Week & Conference is the biggest and longest-running event dedicated to Latin Music in the world. The most respected conference in Latin music, will bring the top artists, executives and power players in the industry together for a week of concerts, showcases, interviews, keynotes and industry panels. For information visit BillboardLatinMusicWeek.com or email conferences@billboard.com

Billboard is the world's largest voice in music, built on the most complete and well-respected database of charts across all music genres. The Billboard charts define success in music. From the iconic Billboard magazine to Billboard.com, the ultimate consumer-facing destination for millions of passionate music fans, to the industry's most elite conference series and influencer events including the Power 100 and Women in Music – the Billboard brand has unmatched authority among fans, artists and the industry alike. Billboard has a social media footprint of 25.5M+ million social followers across Facebook, Twitter, Instagram, and YouTube, and creates more than 160M+ cross-platform video views per month. Billboard magazine has published major news-generating covers recently including Travis Scott, Janet Jackson, Lil Wayne, Demi Lovato, Cardi B, Christina Aguilera, Shakira, BTS, and more. In December 2018, the Billboard Women in Music ceremony, which honored Ariana Grande as Woman of the Year, was live-streamed globally on Twitter. In 2016, The Hollywood Reporter-Billboard Media Group acquired Spin Media’s storied music assets Spin, Vibe, and Stereogum, establishing the world’s largest music brand by digital traffic, social reach, and audience share. The combined entity of music and entertainment properties now reaches 41 Million + unique visitors and more than 20% of U.S. millennials.

NBCUniversal Telemundo Enterprises is a world-class media company leading the industry in the production and distribution of high-quality Spanish-language content to U.S. Hispanics and audiences around the world. This fast-growing multiplatform portfolio is comprised of the Telemundo Network and Station Group, Telemundo Deportes, Telemundo Noticias, Telemundo Global Studios, Universo and a Digital Enterprises & Emerging Business unit. Telemundo Network features original Spanish-language entertainment, news and sports content reaching 94% of U.S. Hispanic TV households in 210 markets through 28 local stations, 51 affiliates and its national feed. Telemundo also owns WKAQ, a television station that serves viewers in Puerto Rico. Telemundo Deportes is the designated Spanish-language home of two of the world’s most popular sporting events: FIFA World Cup™ through 2026 and the Summer Olympic Games through 2032. Telemundo Global Studios is the company’s domestic and international scripted production unit including Telemundo Studios, Telemundo International Studios, Telemundo International, as well as all of the company’s co-production partnerships. As the #1 media company reaching Hispanics and millennials online, the Digital Enterprises & Emerging Business unit distributes original content across multiple platforms, maximizing its exclusive partnerships with properties such as BuzzFeed, Vox, and Snapchat. Through Telemundo Internacional, the largest U.S.-based distributor of Spanish-language content in the world; and Universo, the fastest growing Hispanic entertainment cable network, the company reflects the diverse lifestyle, cultural experience and language of its expanding audience. NBCUniversal Telemundo Enterprises is a division of NBCUniversal, a subsidiary of Comcast Corporation. 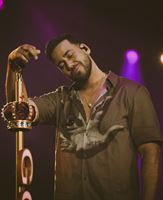 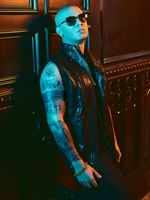