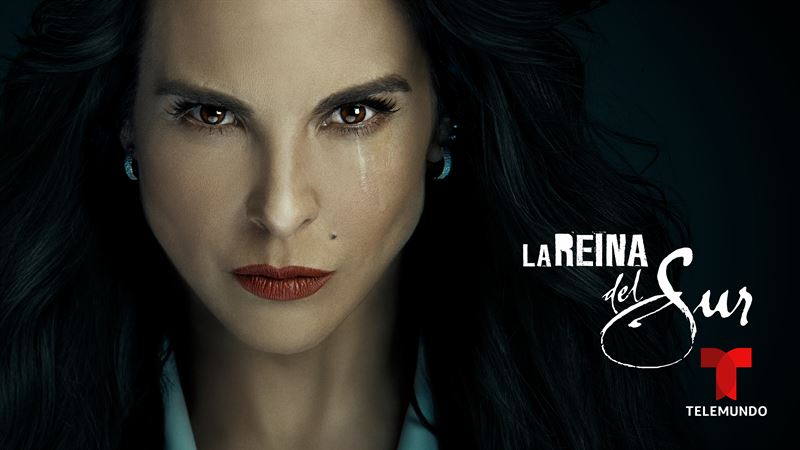 To view the Sneak Peek - https://youtu.be/U_rXazHVUUk

MIAMI – April 1, 2019 –  Telemundo today released an exclusive First Act of the much-anticipated return of “La Reina del Sur” Season Two, starring Kate del Castillo in her iconic role of Teresa Mendoza, which premieres on Monday, April 22 at 10pm/9C.  For the first time ever, the network will offer audiences the opportunity to view the opening act across both Telemundo and NBCUniversal digital platforms, including Telemundo.com, its Facebook, Instagram, Twitter and YouTube, as well as the Telemundo App.  In addition, social media platforms from sister networks and shows like E!, USA’s Queen of the South or Bravo’s Shah’s of Sunset, Mexican Dynasties and Imposters will also showcase the material.

“We see the high anticipation from La Reina del Sur fans as they continue to increase their social engagement with the brand,” commented Karen Barroeta, Senior Vice President, Marketing and Creative.  “As the premiere date draws near, this First Act is a great way to give them a taste of what is to come, showcasing the amazing production quality and high-action viewers can expect from this series.”

During the First Act, audiences will be reconnected with characters from the highly successful first season of La Reina del Sur, as well as be introduced to some of this season’s new players, particularly Teresa Mendoza’s daughter Sofia, played by Isabella Sierra.  Just a few minutes into the episode, the suspense unleashes as Teresa must embark on the most important mission of her life - to save her daughter’s life.

Shot on location in eight countries, the return of “La Reina del Sur” is set eight years since powerful drug trafficker Teresa Mendoza disappeared into the U.S. Federal Witness Protection Program after bringing down Mexican presidential candidate Epifanio Vargas. Hers is now a life of total anonymity in Italy as “Maria Dantes,” peacefully raising her daughter Sofia in the Tuscan village of Massa Marittima.  However, her life takes an unexpected turn, and she will do the impossible to reclaim her throne as La Reina del Sur.

Created by Arturo Pérez-Reverte, “La Reina del Sur” Season 2 is written by Roberto Stopello, Juan Marcos Blanco, Miguel Ferrari, and Jose Miguel Nuñez.  Marcos Santana is Executive Producer and Showrunner of the series, with Telemundo’s Martha Godoy and AG Studios’ Rodrigo Guerrero as Executive Producers. “La Reina del Sur” Season 2 is a co-production between Telemundo Global Studios and Netflix. Telemundo has the exclusive rights in the U.S. and Puerto Rico, and Netflix has the exclusive rights for the rest of the world for OTT.

To complement your coverage with additional press materials, go to www.image.net/LaReinaDelSur.

About NBCUniversal Telemundo Enterprises:
NBCUniversal Telemundo Enterprises is a world-class media company leading the industry in the production and distribution of high-quality Spanish-language content to U.S. Hispanics and audiences around the world. This fast-growing multiplatform portfolio is comprised of the Telemundo Network and Station Group, Telemundo Deportes, Telemundo Noticias, Telemundo Global Studios, Universo and a Digital Enterprises & Emerging Business unit. Telemundo Network features original Spanish-language entertainment, news and sports content reaching 94% of U.S. Hispanic TV households in 210 markets through 28 local stations, 51 affiliates and its national feed. Telemundo also owns WKAQ, a television station that serves viewers in Puerto Rico. Telemundo Deportes is the designated Spanish-language home of two of the world’s most popular sporting events: FIFA World Cup™ through 2026 and the Summer Olympic Games through 2032. Telemundo Global Studios is the company’s domestic and international scripted production unit including Telemundo Studios, Telemundo International Studios, Telemundo International, as well as all of the company’s co-production partnerships. As the #1 media company reaching Hispanics and millennials online, the Digital Enterprises & Emerging Business unit distributes original content across multiple platforms, maximizing its exclusive partnerships with properties such as BuzzFeed, Vox, and Snapchat. Through Telemundo Internacional, the largest U.S.-based distributor of Spanish-language content in the world; and Universo, the fastest growing Hispanic entertainment cable network, the company reflects the diverse lifestyle, cultural experience and language of its expanding audience. NBCUniversal Telemundo Enterprises is a division of NBCUniversal, a subsidiary of Comcast Corporation.