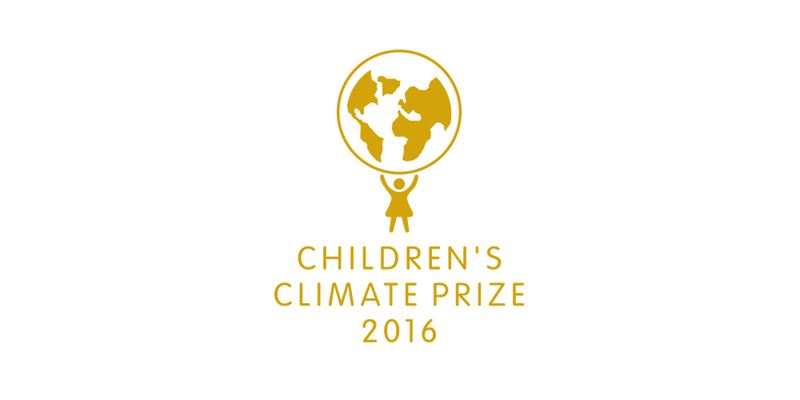 The Nobel Prize is the most prestigious award of all. It is annually awarded to grown-ups who have achieved important contributions or advances in the areas of physics, chemistry, physiology or medicine, literature and peace. The time has now come to pay attention to the projects and initiatives made by the next generation of climate heroes. Our new initiative, the Children's Climate Prize gives the children the opportunity to aim for the stars, while at the same time putting one of today's most pressing issues in the spotlight.

-There is no Nobel Prize for the Environment and Climate Research and that is remarkable and therefore we want the Children's Climate Prize to engage and inspire the next generation to greatness, says Mats Fagerström, CEO Telge Energi.

The award ceremony takes place November 24 which is the anniversary of the Children's Climate Conference - the acclaimed climate meeting held November, 2015 in Södertälje, Sweden. When children from all over the world joint forces to put pressure on the world leaders ahead of the climate summit in Paris, COP21.

The prize is international and anyone may nominate or be nominated. The winner will receive a medal, a diploma and prize money of 50 000 (SEK). The prize is awarded to a child or group of children, aged 10-16, who in an exemplary manner made an extraordinary contribution to the climate and environment.

On 22nd August we open for the submission of nominees. The nomination process takes place between 22nd August to 22nd October. More information on criteria, jury and selection process in August.

About Telge Energi
Telge Energi is a Swedish renewable energy company working for shaping a sustainable future for our children. We work exclusively with electricity from renewable sources such as solar-, wind- and hydro power. Are you with us? Read more: www.telgeenergi.se