Telge Energi's newly established Children's Climate Prize is awarded to: Xiuhtezcatl Tonatiuh Martinez, USA. The winner and all the finalists will participate in the award ceremony on 24 November in Södertälje City Hall.

The chairman of the jury, Johan L. Kuylenstierna, announced this year's winner, in a live broadcast from Swedish Television, Children's morningshow. The winner, Xiuhtezcatl Tonatiuh Martinez from the USA, is a 16-year-old climate activist, hip-hop artist and an extraordinarily powerful voice in the climate debate worldwide.

“Through his passion and love for climate issues, this year´s winner has already, at a young age, had an enormous impact on many people, from children and youth to people with power, to make decisions shaping the future of our planet. With a unique skill of connecting activism with political talent, he has demonstrated both passion and courage, not avoiding controversial issues such as calling for a ban on fracking in his own home state Colorado. By doing so, he has challenged strong political and economic powers. As a hip-hop artist with a clear message he has demonstrated the power of linking culture with environmental issues as a way to mobilise engagement and action.”

Xiuhtezcatl has made his voice heard on some of the world's biggest stages including at the UN Earth Summit in Rio de Janeiro, Rio + 20, he was also the main speaker at the UN General Assembly in New York. He is director of the Earth Guardians, a global organisation of young activists, artists and musicians from all over the world working together to create positive change, to combat climate change and other important issues that will define the future. His climate commitment has been recognised by; PBS, Showtime, National Geographic, Rolling Stones, Upworthy, The Guardian, Vogue, CNN, MSNBC, HBO and many more. In 2013 Xiuhtezcatl received the United States Community Service Award from President Obama, and was the youngest of 24 national "change-makers" designated to participate in President Obama's Youth Council.

For more images, video and other press material, please visit the pressroom (English) or contact the Press Officer.

About Telge Energi
Telge Energi is a Swedish renewable energy company working for shaping a sustainable future for our children. We work exclusively with electricity from renewable sources such as solar-, wind- and hydro power. Are you with us? Read more: www.telgeenergi.se 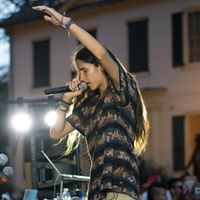 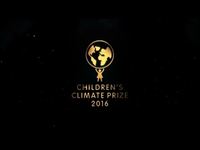