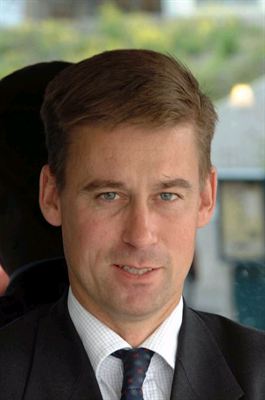 Mr August Baumann has been appointed President of NetCom, the second largest mobile operator in Norway and a subsidiary of TeliaSonera, the largest telecommunications group in the Nordic and Baltic countries. August Baumann will assume his new responsibilities from September 1, following the resignation of NetCom´s President Barbara Thoralfsson who has resigned on her own initiative to pursue other interests.

Barbara Thoralfsson has successfully headed NetCom since 2000, when TeliaSonera acquired the company. Under her leadership NetCom has continuously expanded and attracted an increasing number of customers. Barbara Thoralfsson will now work for her family´s investment company, pursuing new business opportunities. "I set out to establish NetCom as the most innovative and attractive choice for customers and I´m proud over the results we have achieved by always having the customer in focus," Barbara Thoralfsson says after announcing her resignation. "After these five years within NetCom, I feel I have accomplished my objectives and have decided to seek other professional challenges." Kenneth Karlberg, President of TeliaSonera Norway, Denmark and the Baltic countries, regretted Barbara Thoralfsson's resignation and praised the results achieved under her leadership. "She has been an inspiration for the entire staff and I would like to thank her for the dedicated work in making NetCom so successful. She has laid the foundation for continued expansion under August Baumann's leadership." August Baumann is today Vice President of Finance & Corporate Development at NetCom and has been a member of NetCom´s management group since 2000. Earlier he has held the position as Vice President of Human Resources & Communication and Deputy Vice President of Marketing. Before that he has held managing positions within VIAG Interkom in Münich and Telia Norway. “NetCom has been very successful under the management of Barbara Thoralfsson and I´m both honoured and looking forward to do my best for NetCom to continue in the same way,” says August Baumann. August Baumann is 39 years old and holds a Bachelor´s degree in Business Administration from Stirling University in Scotland as well as a Master´s degree in Shipping, Trade & Finance from City University Business School in London. He is married and has two children. _____________________________________________ Forward-Looking Statements Statements made in the press release relating to future status or circumstances, including future performance and other trend projections are forward-looking statements. By their nature, forward-looking statements involve risk and uncertainty because they relate to events and depend on circumstances that will occur in the future. There can be no assurance that actual results will not differ materially from those expressed or implied by these forward-looking statements due to many factors, many of which are outside the control of TeliaSonera.

We’re Telia Company, the New Generation Telco. Our approximately 20,000 talented colleagues serve millions of customers every day in one of the world’s most connected regions. With a strong connectivity base, we’re the hub in the digital ecosystem, empowering people, companies and societies to stay in touch with everything that matters 24/7/365 - on their terms. Headquartered in Stockholm, the heart of innovation and technology, we’re set to change the industry and bring the world even closer for our customers. Read more at www.teliacompany.com