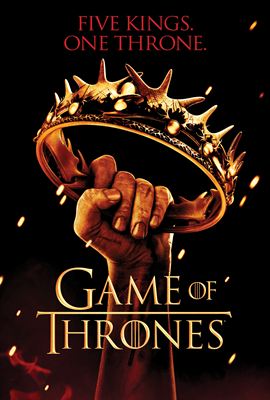 - Game of Thrones and The Sopranos are Swedish favorites

TeliaSoneras subsidiary in Sweden, Telia will from today include HBO in its TV offering. This means that Telia’s almost 500,000 TV customers can watch new episodes of the channel's popular series subtitled in Swedish within one day after the original broadcast. The price for HBO will be 79 SEK per month and you can watch it on TV as well as on computer, phones and tablets. On TV it will also be available in HD quality. In conjunction with the launch, Telia is offering all TV customers - existing and new - the HBO package for six months.

In addition to the channel's daily 24-hour range play services, with new series from HBO and other content providers such as Starz, the offer also includes all the past seasons of classic series from HBO as well as a selection of library movies. Here the field is open to those who, for example, want to enjoy a Sopranos weekend or a week dedicated to True Blood.

- This is exactly what customers want. The latest episode of your favorite series – right after the premiere in the U.S and all the seasons of the existing and new series if you have missed an episode or get knowledge of a series you haven’t watched. That´s a truly great television experience and to be the first operator in the Nordic region to offer it - is great fun, says Kent Jonsson, consumer marketing manager for broadband services at Telia.

Out of the carefully selected distributors, Telia will be the first TV operator to launch the HBO service in the Nordic countries. Sweden will be the first market, followed by Finland later in 2012. The goal is also to offer the channel in Norway and Denmark.

- We want to work with the most successful and leading companies. TeliaSonera's position and its innovative approach in the Nordic market made them an obvious choice for us, says Hervé Payan, CEO of HBO Nordic.

The TV channel HBO started back in the 70's and had its breakthrough in the late 90's with shows like The Sopranos and Sex and the City. Today, many Swedes have a relationship to the series, as many of them have been aired on Swedish television. Before the launch of HBO in Sweden, Telia asked the question which was their favorite HBO series. In first place came the heroic fantasy drama Game of Thrones with 22 percent of the vote, before the Sopranos (18 percent) and True Blood (17 percent). Below is the complete list of Swedes most popular HBO series.

*About Telia Trends
Telia Trends is a survey done through an app and can be found as an application for iOS, Android and JAVA operative systems as well as a mobile web page. The app is free to download and available for everyone. Except for Sweden, the app is available in 11 more countries where TeliaSonera operates. The answers to the question about Swedes favorite HBO series were based on the answer from 1038 people and were gathered between Sep 9 to October 2 2012.

We’re Telia Company, the New Generation Telco. Our approximately 20,000 talented colleagues serve millions of customers every day in one of the world’s most connected regions. With a strong connectivity base, we’re the hub in the digital ecosystem, empowering people, companies and societies to stay in touch with everything that matters 24/7/365 - on their terms. Headquartered in Stockholm, the heart of innovation and technology, we’re set to change the industry and bring the world even closer for our customers. Read more at www.teliacompany.com