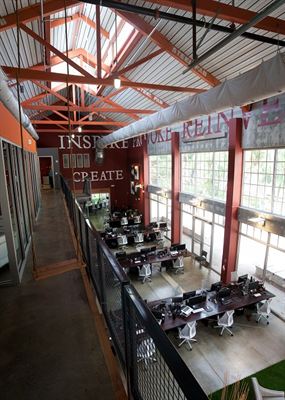 TEN will focus on ushering clients into what the two founders call, “the era of the ‘Do Brand’”. Combining Ari and Richard’s experience in brand-building and digital innovation, respectively, TEN will ideate, design and develop marketing and IP platforms that enable brands to build lasting relationships with a new generation of consumers. The agency will leverage its strong technology pedigree to create real value in a changing world where dialogue matters more than monologue, where behavior matters more than image, and “do” matters more than “say.”

Merkin brings an 18-year history of brand building to his new role as TEN’s Chief Brand Officer, through former roles as Chief Creative Officer & Co-Founder of Toy, as well as Executive Creative Director positions at Crispin Porter + Bogusky and Fallon. Merkin is one of the most awarded creatives in advertising history, best known for his Mini Cooper launch work, “Ikea Lamp” (Cannes Grand Prix Film winner), Office Max “Elf Yourself” and Truth “Body Bags” campaigns. Merkin has worked with an enviable list of clients in the past, including Starbucks, Virgin Mobile and MetLife. He was inducted into the Advertising Hall of Fame in 2009 and currently serves on the board of the One Club.

Lent, Founder & CEO of AgencyNet, brings his entrepreneurial and digital leadership, as well as the heritage and talent of his own agency to the partnership in the role of Chief Innovation Officer. During its 18-year history, Lent has steered award-winning, results-driven work for clients that include Bacardi, Universal Music Group, Nickelodeon and The Bill Clinton Foundation. Lent has been heavily involved in development of the industry, including serving as an expert witness to the U.S. Congress on the digital ecosystem, and co-founding The Society of Digital Agencies (SoDA), now the largest digital agency network in the world.

Lent says, “It’s been great working with Ari. We’ve seen powerful things happen with the partnership of brand building and digital innovation at the core of what we do. It’s a creative team structure that we’re applying to every piece of business within the agency.” Merkin says, “There’s been some real enthusiasm from clients given the way we're now structured. We're a digital agency that can solve those big brand problems.”