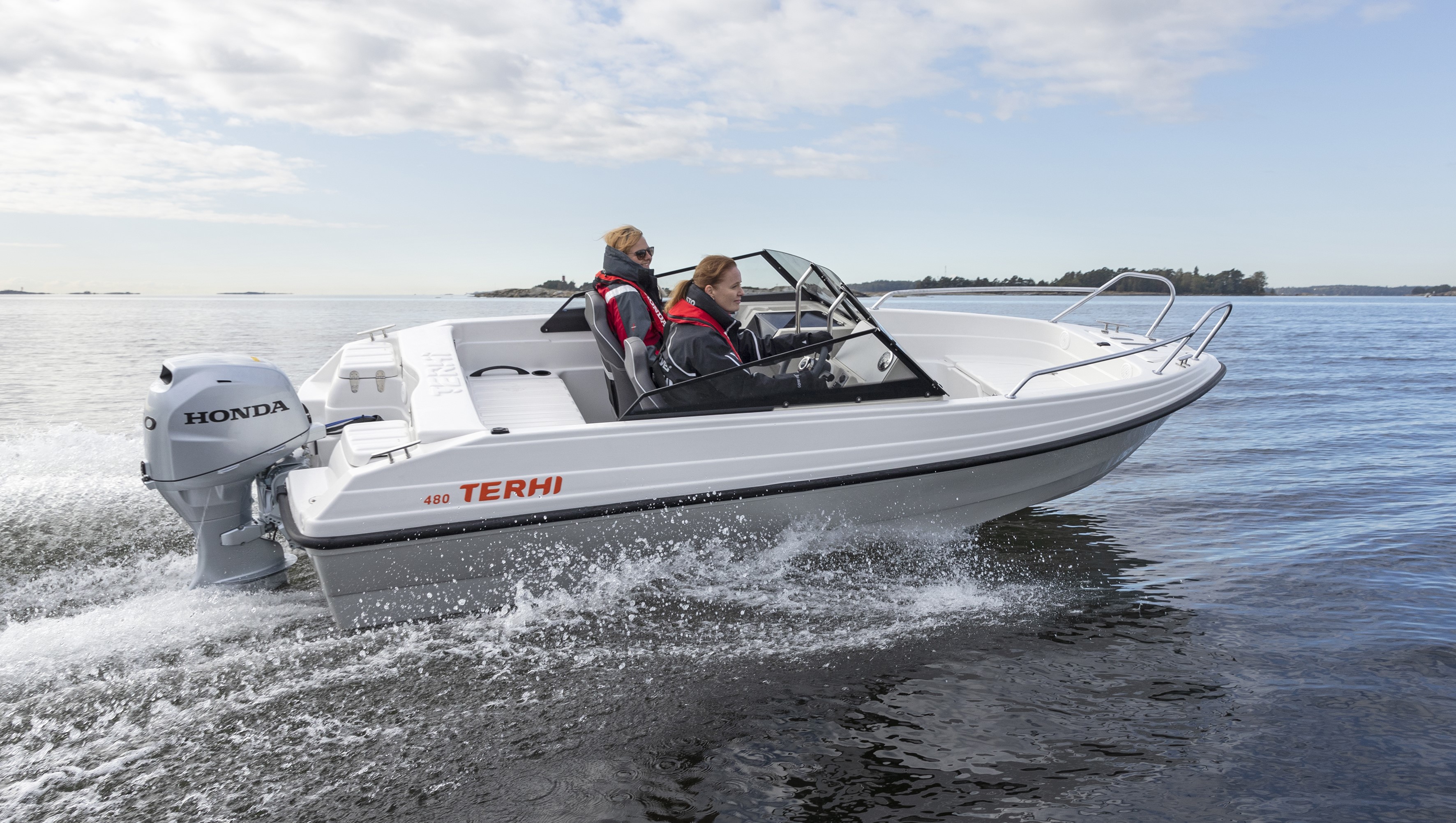 In 2016 Terhi launched its first bow rider 475 BR. Straightaway it became the most sold boat package in Finland. For the upcoming season 2020 Terhi has designed two renewed versions of the favourite model. The new 480 BR and 480 Sport will be launched at the Helsinki boat show in February 2020. 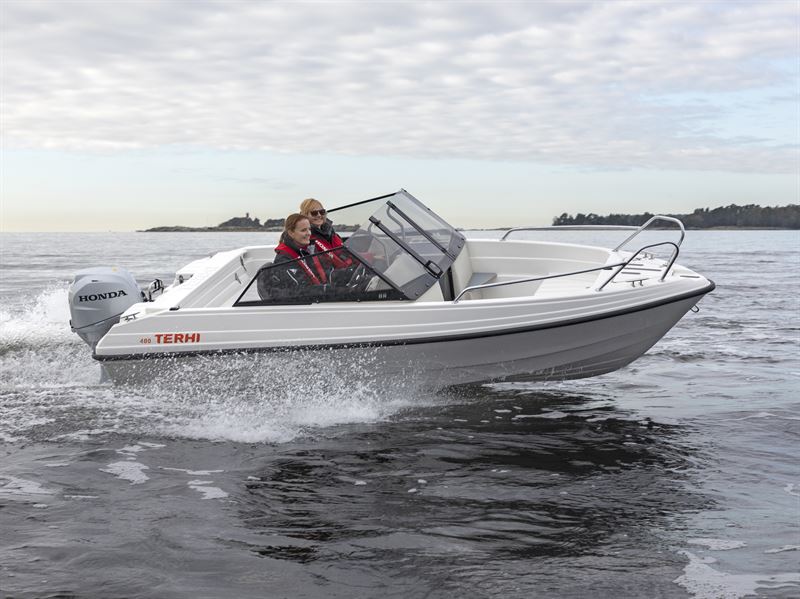 The new 480 BR is a safe double-console boat for the whole family. Two steering consoles with a steady middle door provide good shelter for the driver and passengers in the back. The aft area has two fully padded comfort seats and a wide stern bench, comfortably seating five adults. Behind the stern bench there is a canopy storage compartment for a canopy that covers the whole stern area in case of rain. 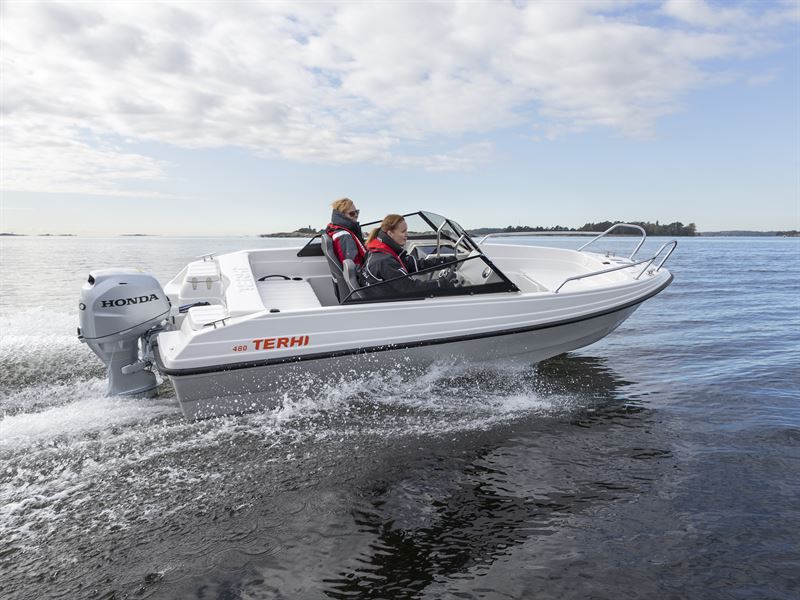 When designing the new 480 models the focus was on safety and versatility. Boats come with a wide range of standard equipment such as two padded offshore seats for the driver and passenger, wide stern bench, cleats, storage compartments and a door between the consoles. The console has a 12 V outlet and a place for a 9’’ chart plotter. The bow can be equipped with a sunbed and by removing the paddings the plain surface can be used for spin fishing.

Storage space for everyone

The 480 hulls are made with Terhi’s signature three layer structure with ABS plastic. The unique construction of Terhi boats guarantee besides unsinkability, also quiet rides even in rough weather. The space in between the thermo-formed ABS-plastic hull and deck section is filled with non-water-absorbent polyurethane foam. The result is a solid and stiff sandwich construction, which is easy to maintain and quiet in use.

The Terhi boats are manufactured by TerhiTec Oy, a company located in the small fishing village of Rymättylä in Southwest of Finland. Since being founded in 1972 the company has produced over 230 000 boats, and is one of the leading boat manufacturers in Europe. TerhiTec also owns a factory in the city of Ähtäri, Finland, where the high quality Silver aluminium boats are made. Still today all boats produced by TerhiTec are proudly made in Finland.

TerhiTec Oy is part of the Otto Brandt Group, a Finnish family-owned company which was founded back in 1905. The concern includes Oy Brandt Ab, importer of Honda outboards, -motorcycles, -ATVs and distributor of four different Finnish boat brands and Bike & Boat World, which is the biggest Finnish reseller chain of motorcycles, ATVs and boats. 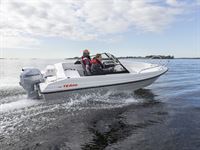