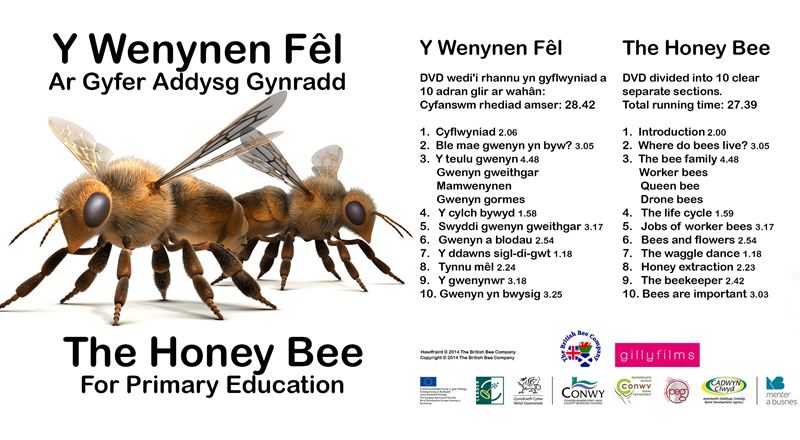 Kirsty Williams’ passion for beekeeping began in Berkshire in 1987. In 2009, a holiday to Wester Ross in Scotland led to a friendship with a wise old beekeeper who kept a dark, reasonably pure strain of British bee – Apis Melifera Melifera – also known as the European dark bee. This led to a drive to improve the strain of bee she kept at her main bee breeding base in the Ceiriog Valley in North Wales. Kirsty Williams of The British Bee Company has created an educational DVD for key stage 1 primary school learning. With the support of Menter a Busnus and the Plan Bee Project Kirsty was able to complete her informative DVD. All her breeding stock, both for drone production and queen cells, are selected from colonies showing the best AMM characteristics necessary for survival and thriving in the British climate, and for optimum honey production. To date, four colonies have been brought down from Wester Ross and in 2014, a Galtee Irish queen was introduced to the breeding stock. Kirsty now operates 50 hives in the Ceiriog Valley giving her enough to select for breeding purposes and to supply local shops with top quality honey. She established The British Bee Company in 2014. She is a member of The Welsh Bee Keepers Association (South Clwyd), The British Bee Keepers Association, The Scottish Bee Keepers Association, BIBBA and IBRA.